The fire service in Co Kildare is continuing to fight a blaze at an industrial unit in Athy this afternoon.

The fire broke out at around 2am on the Kilkenny Road.

It has now been brought under control but two units of Kildare Fire Service remain on the scene.

Extensive damage has been caused to the property but there were no injuries.

"The process is slow and cautionary because it's unclear what type of material is in the building" said Chief Fire Officer with Kildare County Council Celina Barrett. 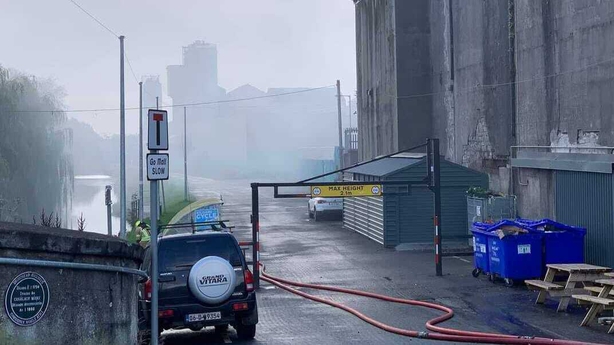 During the night up to 30 firefighters were on the scene with appliances from Athy, Monasterevin, Stradbally, Newbridge and Carlow all present.

In a statement this afternoon, Kildare County Council said that due to the ongoing smoke plumes, people in the affected area should stay indoors with their windows and doors closed.

The road is closed between Fortbarrington Road and Duke Street.

He said the smoke could be seen in the area for some time and people should take precautions.