The new Catholic Archbishop of Tuam has been installed at a ceremony in the diocese this afternoon.

Francis Duffy succeeds Dr Michael Neary, who has retired after more than a quarter of a century in the role.

In his homily at mass in the Cathedral of the Assumption in Tuam, Archbishop Duffy committed to listening to all those who had been hurt by their experience of the Church.

He said he was willing "to listen and to learn" as part of an effort to bring truth and justice for those who had felt "harshness, not homeliness".

The 63-year-old also paid tribute to his predecessor, saying Dr Neary led the archdiocese with "wisdom, sensitivity and faithfulness for 27 years".

Originally from Co Cavan, Archbishop Duffy was ordained in 1982.

He served in a number of parishes in his home diocese and was appointed Bishop of Ardagh and Clonmacnois in 2012.

Attendance at this afternoon's installation was limited, due to public health guidelines.

The Archbishop said the Church was in a period of change, where falling vocations and a drop in the number of priests meant structures had to be modified to meet current needs.

He told the mass that more changes would be needed in this regard and he emphasised the importance of the role parishioners across the Archdiocese would play, in this regard. 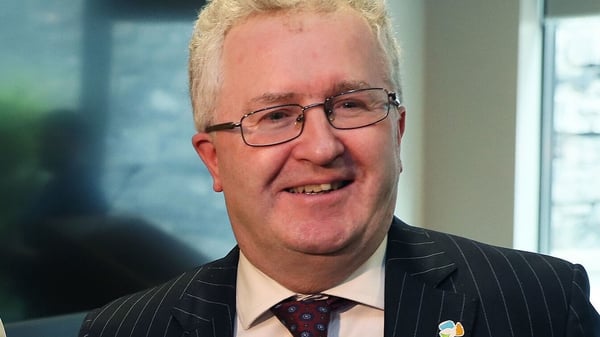