Evidence of long-term illegal dumping at a facility operating under a waste permit from Donegal County Council has been discovered by RTÉ Investigates.

The discovery involved the burying and burning of large volumes of commercial and household waste on scrub ground behind a quarry situated near Moville on the northeastern tip of the Inishowen peninsula.

It emerged in recent days that it occurred despite complaints and previous investigations by the authorities.

The facility is operated by Davey Transport Ltd. The company runs the quarry and has been awarded permits to collect skip waste and sort materials at the site.

The programme found evidence of waste buried or hidden in clusters under vegetation. The material uncovered suggested the waste dated from various points between 2008 up to the present day. 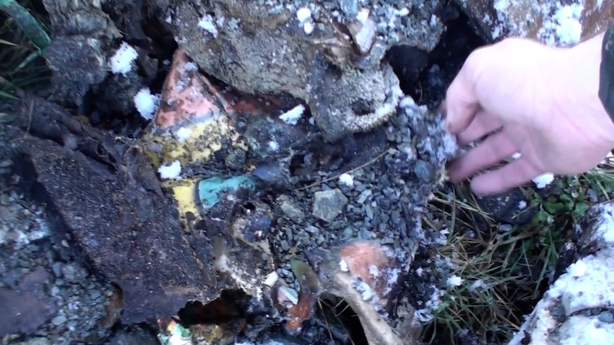 The activity uncovered by RTÉ Investigates resulted from a six-month investigation into waste regulation across the country. This highlighted specific issues in terms of the level of investment by Donegal County Council in waste regulation and enforcement.

Donegal is a county that has separately witnessed some of the worst cases of illegal dumping in recent years.

Following the Moville discovery, it emerged that seven years ago the Environmental Protection Agency instructed the council to investigate the operation of Davey Transport Ltd.

This came after complaints that waste was being burned up to four times a week. At the time, the council found no evidence to support the complaint.

After it received the details of the new evidence from RTÉ Investigates, the EPA again asked the council to investigate the facility. 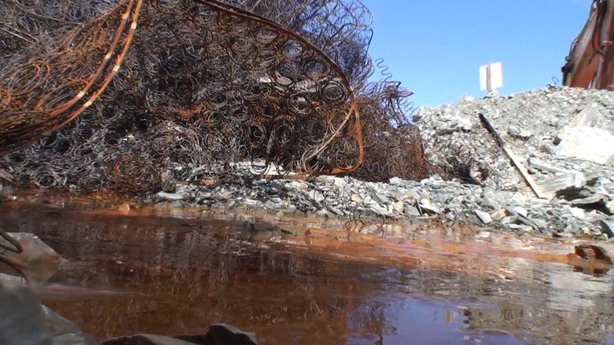 The council said it had inspected the facility since the discovery was reported and has issued warning letters arising from suspected breaches of planning permission by Davey Transport Ltd, because of the type of waste that was being handled.

"Donegal County Council can confirm that inspections of the facility and adjacent lands referred to [by RTÉ Investigates] are ongoing in collaboration with other agencies and stakeholders."

A statement released by the EPA revealed the nature of previous complaints about the site.

The EPA said in August 2011 it had received a complaint that waste was being burned in the quarry run by Davey Transport Ltd "three or four nights per week" and that they understood that issue had also been flagged with the local authority and politicians.

In response to questions to Davey Transport Ltd, a spokesperson said the company is: "Fully committed to our responsibility to protect the environment and that commitment is reflected across the activities of Davey Transport.

"We have at all times co-operated fully with Donegal County Council, we have taken steps in recent days to rectify poor housekeeping at the request of the council."