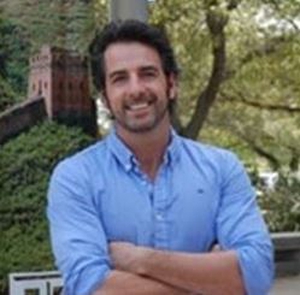 I returned home to Ireland in 2012 after spending 17 years doing research along the coastlines of Australia, Brazil, Italy, Portugal, the Torres Strait and the US.

I was at the initial phases of designing new research programmes in NUI Galway when coastlines in Ireland and northwest Europe were being battered by storms during the winter of 2013/14. You might remember Storm Darwin.

These storms were the most energetic in over a century of observations and dramatically changed the coastal landscape – leading to serious disruption, severe flooding, irreversible erosion and permanent changes in coastal alignment.

The extreme weather experienced during that winter also raised compelling concerns within coastal communities and the role they could play in building resilience to climate change. The natural and societal responses to storm impacts became the focus of my research in Ireland since this time.

The first challenge I faced was to identify who was responsible for managing the Irish coast. The answer was not one particular Government department – rather, at least eight departments have jurisdiction over the coast.

It is very problematic that each department and public body with a remit in this area has their own governance structure and policy objectives and never the twain shall meet. I am still not sure who is in charge.

The truth is that we remain the only island nation without an integrated national coastal plan, and this legacy continues to create barriers on the ground for communities and local authorities trying to make changes.

The second challenge I had was to predict how our coastline would respond to climate change. Projections of rapid sea-level rise and more frequent extreme storm events are now locked in for Ireland due to human-induced climate changes over the past century.

For our natural coastlines – those that remain undeveloped – these changes will have little impact, since these coastlines will gradually retreat inland.

The issue is the coastlines with human settlement and infrastructure, many of which have coastal defence structures that prevent the natural adaptation process of retreat.

In these cases, the coastline is static and areas where the ocean meets the coast are gradually being squeezed out – leading to narrower beaches and salt-marsh systems and the loss of ecosystems and biodiversity.

I see this so-called "coastal squeeze" manifested on my doorstep in locations such as Salthill or Silverstrand, Co Galway, but also in places like Lahinch, Co Clare. Imagine these locations with no beach at high tide – because that is the ultimate repercussion for using engineering solutions.

A key goal in the coming decades has to be joined-up thinking between communities, scientists and managers to decide what locations we have to let the sea in and what locations we need to relocate infrastructure such as roads, carparks and homes.

Each storm has a different magnitude, duration and direction and, subsequently, can impact different coastlines in different ways depending on a number in a factors.

One key to unlocking this puzzle is to develop and validate coastal change models based on real-world observations.

The Marine Institute deployed a wave buoy in Brandon Bay, Co Kerry, in 2020 and we are using the real-time wave data to validate wave, current and water level models in the bay.

My research team has also partnered with Geological Survey Ireland to deploy multiple time-lapse cameras along the bay to capture the impact of the storms in order to test the accuracy of the coastal change model predictions. Once these models are validated, we will run simulations to predict the coastal response to larger storms arriving on higher sea levels as projected by climate change models.

My third challenge has been to engage with and learn from coastal communities about the real coast of Ireland.

These include the seasonal surge in visitors during the summer; traffic congestion; lack of basic amenities to host visitors; lack of access to expertise and decision makers who can support their volunteer actions; the confusion of how Special Areas of Conservation are managed; the lack of appreciation of the value of our coast; and the lack of access to funding pots and expertise to carry out any volunteer actions.

In Maharees, Co Kerry, the local community has worked tirelessly to protect and restore their fragile dune system that provides protection for the only access road in and out of the peninsula. Using what we call nature-based solutions – such as marram grass planting and chestnut fencing – volunteers have successfully slowed down the chronic dune erosion on their tombolo.

However, this success did not come easily. Their shared experiences is leading to changes of how the Irish coastline is to be managed in the future.

Here are reasons why I am optimistic of the future for our coast. Firstly, new Government bodies have been established to target the legacy issues of coastal governance and management.

The Climate Action Regional Offices are coordinating the actions and priorities of local authorities for coastal adaptation.

The Climate Change Advisory Council Adaptation Committee have started a review of how adaptation can be achieved within coastal communities. Secondly, all these bodies have invited the Maharees Conservation Association and scientists working with them to meetings to learn from our collective experiences: the good, the bad and the ugly!

It is now time for these policymakers who allocate funding to invest substantially in coastal communities who will be the curators of our coastlines. Large-scale investment in the agencies that manage and monitor our coast is also paramount if we are to achieve climate resilience the coming decades. I have travelled the world but the best beaches and dunes are in Ireland. Sand dunes: they protect us, let's protect them.

Dr Eugene Farrell is a permanent Lecturer in the Discipline of Geography at NUI Galway. 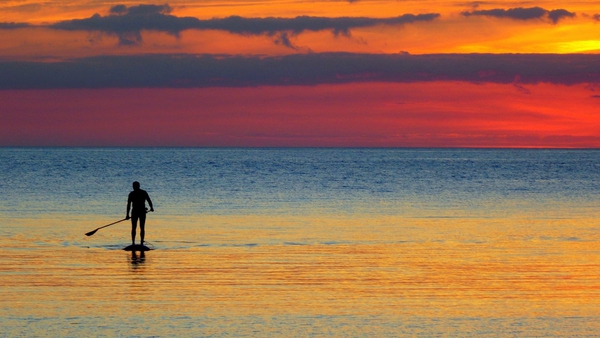 "We're at a critical juncture for coastal management in Ireland"