According to Teagasc, the semi-state agency that advises the agriculture industry, dairy farming is the most profitable of Ireland's mainstream agricultural enterprises.

Data from the Environmental Protection Agency (EPA) shows that, in 2020, the number of dairy cows on Irish farms rose for the 10th consecutive year, climbing by 3.2%.

Profits in the sector are based on the volume of milk produced – and what can be derived from it.

In other words, it's a very good time to be a dairy farmer in Ireland. But if you’re a dairy farmer who is concerned about climate change, you will be conflicted by current Government policy.

"There is no other incentive for me to look after the environment or anything," said Donal Sheehan, a dairy farmer in Fermoy, Co Cork.

"It's just purely production focus. It's profit per hectare," he told Prime Time.

"I'm only paid for the amount of kilograms of fat and protein that I produce."

Current policies, which encourage an increase in animal numbers, rather than a diversification of land use, have had huge benefits for Ireland’s foreign trade.

But they are also increasing the sector’s carbon emissions. The agriculture sector overall accounts for 37% of all emissions, according to new EPA data.

Despite being the sector responsible for the most emissions, the trend has been going in the wrong direction for the last decade.

Experts say that a big policy shift will be required to achieve the kind of reductions that are likely to be proposed in the upcoming Government Climate Action Plan – of between 21% and 30%.

The problem, as the saying goes, is that we shouldn’t be starting from the place we are in.

On Friday, Minister for Environment, Climate and Communications Eamon Ryan said the new EPA data "highlights the importance of new policies to reverse this trend".

For his part, Mr Sheehan said he has joined Farming with Nature, an EU initiative to cut greenhouse gas emissions and increase bio-diversity on farms.

It involves minimising the use of fertilisers, such as nitrous oxide, maximising biodiversity and the drawing down of carbon dioxide by cultivating hedgerows, woodland, bog and wet lands.

Mr Sheehan said he makes a good living by asking consumers to pay more for a better-quality product that carries the "Farming with Nature" label.

Data from the EPA shows that, unfortunately, Mr Sheehan is in the minority when it comes to the kind of dairy farming he is pursuing.

In anticipation of the lifting of EU milk quotas in 2015, a steady expansion of the dairy farming sector began in 2010.

Dairy cows belch high levels of methane, which is the most harmful of all greenhouse gases.

It has between 28 and 36 times the warming potential of CO2 over 100 years, according to the International Energy Agency. In Ireland, 65% of all agriculture emissions are from methane.

"It’s not just the growth of dairy cow numbers that is driving up our emissions, but it’s also a huge increase in the milk production per cow," said Paul Price, a climate science and policy researcher at Dublin City University.

"In turn, the more productive a cow is, the higher the methane emissions."

Teagasc told Prime Time that it is piloting an ambitious new carbon-reduction plan called the Signpost programme, which it hopes will be adopted by all farmers. The aim is for it to significantly reduce emissions by 2025.

"We're quite clear in Teagasc that reducing emissions from agriculture by the order of 15% to 20% is very achievable, given the technologies that are currently available," said Tom O’Dwyer, the head of the Signpost programme.

Among the changes required under the Signpost programme are a reduction in fertliser use, improving slurry storage and limiting spreading periods, and increasing bio-diversity and soil regeneration.

Tipperary dairy farmer John Ryan is one of 100 farmers currently on the Signpost programme.

Mr Ryan told Prime Time that he is happy to make many of the changes asked of him under the programme.

A reduction in his use of fertiliser has brought a decent saving, given the rise in fertiliser costs over the past year.

But he said he cannot afford to cut his herd size, which has increased by 40% in recent years.

"I've invested in sheds and slurry storage for the amount of animals that I have and have milking set up for them," he said.

"That money has to be paid back."

Paul O’Brien, the chair of the environmental committee of the Irish Farmers' Association (IFA) said that many farmers such as John Ryan have expanded their farming through heavy investment – exactly in line with Government policy.

He said that any reversal of policy by new climate change measures cannot financially cripple these farmers.

"This cannot be done in a situation where farmers are going to be considerably out of a pocket in order to try to deliver the common good for society," he told Prime Time. He said that farmers are already playing their part, and that agriculture emissions are big because the sector plays a disproportionately high role in our economy compared to the rest of the EU.

"Food is Ireland’s business. Over 300,000 people are employed in agriculture or in jobs that are secondary or tertiary to agriculture," Mr O’Brien said.

He noted that our methods of farming, which is based on pastureland – meaning that animals graze on vegetation and grassland – is particularly carbon friendly.

If Ireland was to reduce the size of its agriculture sector, farmers in other countries with less environmentally friendly practices would gain a huge advantage, he said.

Many farmers are equally concerned. A protest organised earlier this month by the IFA saw thousands of farmers protesting against what they fear will be onerous emissions reductions targets.

The IFA said that the Government would be making "a massive strategic mistake" if farmers were forced to cut production to meet climate targets.

But that is precisely what is being asked of them.

Laura Burke, the CEO of the EPA, recently said that the sector can’t keep "talking the environmental talk" while at the same time ramping up production.

Similarly, the Climate Change Advisory Council in January said that the department needed to revise its climate road map for agriculture to me more ambitious.

"Recent trends in animal numbers and nitrogen use already present challenges to achieving current targets and are inconsistent with increased ambition," it said.

The Department of Agriculture confirmed to Prime Time that this policy has yet to be revised, but will soon take account of new sectoral commitments that are yet to be agreed.

They will be set out in the Climate Action Plan, the department said.

Yet recent statements from Minister for Agriculture Charlie McConalogue do not portend a fundamental shift in policy. He has said that cow herd numbers nationally will not be cut, and that even stabilising them will pose "a challenge".

The Department of Agriculture is however preparing a strategic plan for the implementation of the EU’s new Common Agricultural Policy (CAP) from 2023, which puts a greater emphasis on emissions reductions.

At the moment, this "green architecture" of the new CAP is being negotiated, but farmers are expected to get a specific payment for taking measures to reduce emissions.

At the current pace of emissions reduction, Ireland will only achieve a 24% reduction in emissions by 2030, less than half of the 51% required under the country’s new carbon budgets.

"Teasgasc has compiled lots of research on efficiencies at farm level and ways to reduce emissions in a cost effective way since 2012," she told Prime Time.

"The reality is that these efficiencies have not materialised in ways that make a significant difference to the emissions profile of the agricultural sector as a whole."

Mr Sheehan said that even a significant Government policy shift may not be enough. In some senses, it’s a hearts and minds issue for farmers – and they need to be convinced of the merits.

"Maybe we’ll have a nicer countryside. Maybe you have more tourism. Maybe you won't have water quality issues," he said.

"Until we put a value on all these things that we are gaining, and stop putting a full value on the production part of it, we haven’t a hope of moving forward." 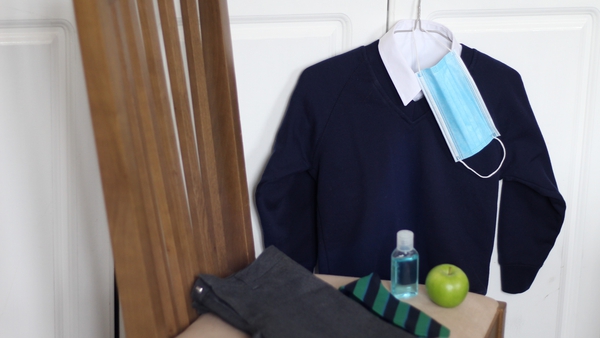 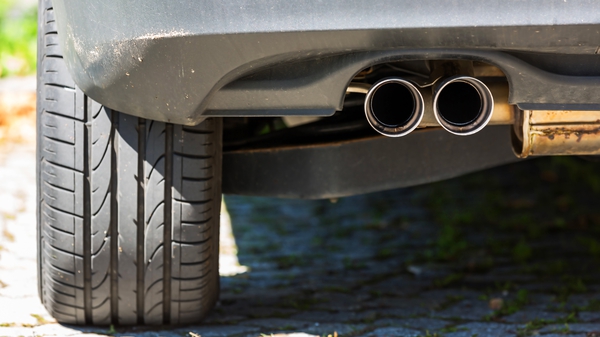 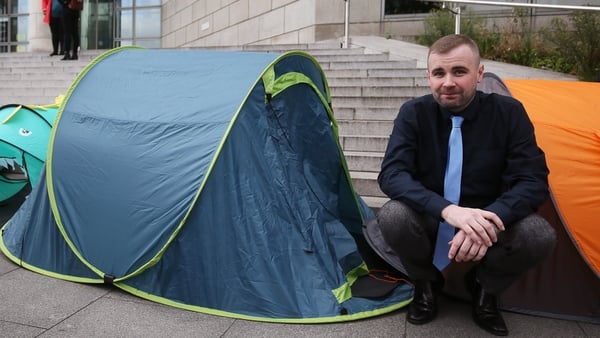