The Green Party has removed the party whip and suspended TDs Patrick Costello and Neasa Hourigan from its parliamentary party for six months.

The decision was taken after they failed to vote with the Government on a Sinn Féin motion in the Dáil last night.

The Green Party said it regretted having to take this step, but believed the effectiveness of Government relies on unity in every vote.

The departure of two Green TDs from the Government ranks means that the coalition's majority has been shaved to the bare minimum.

It is expected both TDs will apply for readmission to the party at the end of the six-month period.

Mr Costello and Ms Hourigan had earlier backed the Sinn Féin motion that called on the Government to secure public ownership of the land on which the new National Maternity Hospital will be built.

The non-binding motion was passed by the Dáil with 56 TDs voting in favour, ten opposing and 69 mainly Government TDs abstaining.

Ms Hourigan will retain her position as chairwoman of the Budgetary Oversight Committee while Mr Costello remains a member of the Committee on Children.

It had been open to Green Party leader Eamon Ryan to remove both TDs from their Committee positions, but he chose not to do it.

Mr Costello said afterwards that he could not in good conscience vote against the Sinn Féin motion, but accepted this was frustrating for other Government parties.

Leo Varadkar was responding to Solidarity-PBP TD Mick Barry who said that, "if the mood of discontent hardens among working people, that [Green] deputies Hourigan and Costello might be the least of your worries come the autumn".

Mr Varadkar said there was "little or no evidence" the opposition could come together to form a Government.

Minister for Children Roderic O'Gorman said the move to suspend Neasa Hourigan and Patrick Costello was "a difficult decision to take", but said voting against the Government was "a serious issue".

He said the delivery of the key Green Party policies in the Programme for Government required a unified party and Government, and so the difficult decision needed to be taken.

He said the path remained open for both TDs to return to the party in future.

Green Party Chief Whip Marc Ó Cathasaigh has said while the Government now has a tight majority, it still has a working majority, and will not need to rely on the votes of independents to pass a budget.

Speaking on RTÉ's Drivetime, Mr Ó Cathasaigh said there must be unity in Government in order for it to function in a coherent way.

Following the two Green Party suspensions, the coalition will move through the next six months with a Dáil majority of just one.

Mr Ó Cathasaigh said party leader Eamon Ryan did not have a gun to his head in making the decision, adding that it was following discussions between he and Mr Ryan, with no other parties involved.

"Consensus means unanimous in this instance. I presented what was my recommendation to the parliamentary party, and it was accepted by consensus," he said.

Mr Ó Cathasaigh said the two TDs were sanctioned because "there was voting guidance issues with regard to a Government vote, and they chose to vote in a way that was not in accordance with that Government vote".

"There must be unity in Government as well in terms of trying to achieve what is an incredibly ambitious programme for government... it’s a huge job of work to be done," he said.

He said he accepted that both TDs had genuine concerns around the issue of the National Maternity Hospital, and did not take the decision lightly to vote against the Government.

Asked about the Tánaiste’s comments in which he said it would have helped if Stephen Donnelly had presented the plan to the coalition and the public earlier, Mr Ó Cathasaigh said he would not speak on behalf of either of them, adding that the two-week delay in confirming the move helped to clarify issues.

Meanwhile Senator Pauline O'Reilly, Green Party Chair, said there is unity of purpose in the party.

Ms Hourigan and Mr Costello knew there would be sanctions after they voted against the Government and these sanctions were imposed by consensus, Senator O'Reilly added.

"We would hope both deputies will return to the fold after six months ... everyone in the party has the utmost respect for both of them."

Senator O'Reilly said all members of the party believe the new National Maternity Hospital should be built on public land but that land simply was not for sale.

However, she said, further reassurances about the hospital have been given over the last number of months, including the extension of the lease from 99 to 299 years.

She told RTÉ's Morning Ireland that difficult decisions have to be made by Government and this is the best decision for the women of Ireland.

Ms O'Reilly said that the Green Party is achieving in Government.

"All of our ministries are intact and are working very hard," she said.

Ciarán Cannon, Fine Gael TD for Galway East, told Morning Ireland there are no long term implications from the outcome of the two Green TDs support of the Sinn Féin motion in the Dáil.

Fianna Fail TD Barry Cowen warned the suspension puts "pressure on the Government because its majority is down to one" vote. 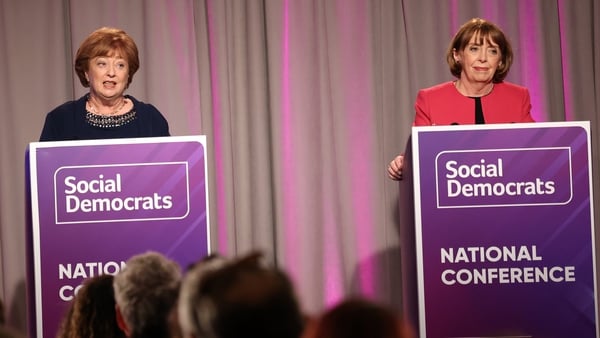 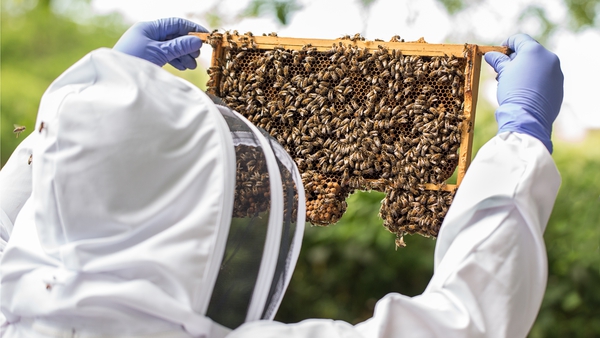