Taoiseach Micheál Martin has said the Government will do everything it can to assist homeowners affected by mica - saying what happened was scandalous, appalling and devastating.

A Sinn Féin motion calling for 100% redress for homeowners affected by mica has been adopted by the Dáil. The Government did not oppose the motion.

Two amendments were adopted, including one from Aontú leader Peadar Tóibín calling for a public inquiry into the controversy.

Earlier, Mr Martin told the Dáil that the final bill would exceed €1 billion, while, speaking on RTÉ's Prime Time, Minister for Housing Darragh O'Brien said that it could cost as much as €1.5 billion to remediate the affected homes.

The Taoiseach said "everyone wants to do the right thing", however he added, that the issue of redress is complicated by the fact that different homeowners have different issues.

He said Mr O'Brien was now going to have a fresh look at the existing scheme to see how it could be improved.

The Government is "anxious" to get any new scheme up and running as soon as possible, Mr Martin added.

"The estimates of the original scheme... was close to a billion. I believe we will go over that billion"

The Taoiseach has said the government will "do everything" it can to help homeowners affected by Mica, adding the final bill will exceed €1 billion | https://t.co/AXMUhER84P pic.twitter.com/4b2zmhRvVn

He was speaking in response to Sinn Féin leader Mary Lou McDonald, who said that mica had devastated both the homes and lives of those it affected.

The scandal, she said, was due to "the light touch regulation of the Celtic Tiger years".

She said homeowners had been failed by the system and failed by the State and now lived in homes that "are literally crumbling around them".

SF leader Mary Lou McDonald raises the issue of homeowners affected by Mica, saying that families have been failed by the system and the State. The Taoiseach says Govt will do "everything it can" to assist homeowners, the final bill to resolve the Mica issue will exceed €1bn. pic.twitter.com/ljPlL2oBsL

She said the homeowners were "determined to get justice" and Sinn Féin had promised to "do everything we possibly could for a 100% redress scheme".

The Dublin Central TD said it would be "incredibly unfair" that some families are faced with bills, under the existing redress scheme, of €100,000 or more. She said her party's Dáil motion today sought to secure 100% redress.

The Taoiseach said that "motions or slogans won't solve this". He asked: "100% of what?"

He said the Government was "absolutely committed to doing the right thing", but needed time to assess what the allowable costs would be and how to make it easier for homeowners to apply.

The Taoiseach accused her of exploiting the issue for political purposes.

He said that what happened with the supply of mica bricks was disgraceful.

He told Donegal TD Thomas Pringle in the Dáil that Government would deal with the upfront cost of having a defective home assessed and with the "rental issue".

Deputy Pringle asked if the people of Donegal, which he described as the forgotten county, can expect a response by the middle of July.

Responding, the Taoiseach said that was the intention because "this thing has gone on too long".

He said that he had spoken to the Attorney General about the mica issue as too many people had walked away from this.

He said there were questions over who supplied the bricks, adding that insurance companies and banks had a role to play too.

The Minister for Housing told the Dáil that the Government is committed to making changes to the mica redress scheme "to make sure this scheme works".

Mr O'Brien said that such schemes "do evolve" through engaging with those affected.

"We all know there is a very significant cost to the Exchequer", he said. "Changes to the scheme... will have the effect of increasing that cost."

These costs must be quantified, he said, adding that they must also "look at those who are responsible" and those "who have responsibility" such as insurers, producers, and lenders.

Minister O'Brien said he met members of the Mica Action Group this afternoon.

Home owners have, "through no fault of their own" found themselves in "an impossible situation", where "crumbling walls have turned bright dreams into darkness" and "devastated lives", he said.

He told the Dáil that mica "if anything, is far worse" than the pyrite damage in his constituency and other parts of Leinster, and so it is not helpful to compare redress schemes.

The minister also spoke to home owners in Mayo over the weekend, and suggested to residents a 31 July deadline for a working group to tackle the issue, and with "no red lines".

The residents will be in the room for the discussions, Mr O'Brien said, adding that the initial response to his proposals has been positive.

Minister for Agriculture and Donegal TD Charlie McConalogue said the Government has shown its commitment to addressing the difficulties faced by families who have homes affected by mica, by putting a process in place to examine the issues.

Speaking on RTÉ's Six One News, he said any decision to change the redress scheme put in place in January 2020 will be given full consideration but before that, all the issues need to be identified.

The 100% redress committed to in the Sinn Féin motion must be delivered, he said, and those homeowners in Co Sligo and other counties must be included.

The rising cost of construction means proposals made just months ago are "already out of date", he said.

Sinn Féin TD for Donegal Pearse Doherty called on the Government to "fully commit" to offering a 100% redress scheme for homes affected by defective blocks as a result of mica.

Speaking on RTÉ's Drivetime, Deputy Doherty said the people of Donegal and Mayo "deserve the same that was given to people in Dublin and north Leinster".

Deputy Doherty said it should not be up to the taxpayer to foot the bill for the redress scheme, but he said the damage to people's homes had happened as a result of a lack of regulation during the Celtic Tiger era.

"The taxpayer shouldn't be in this position but we had a situation during the Celtic Tiger when the Taoiseach was in Cabinet, when during that time, there was no regulation or little regulation, and we have a situation now that so many houses are affected through no fault of their own."

He said it was not just about broken walls, "mental health is affected, there's families that have been broken as a result of this. It is just absolutely heartbreaking".

Labour's Duncan Smith said the mica issue was "another face of [the] housing crisis" with construction defects affecting many people.

The pyrite scheme is working, he said, and noted that there are two differences between it and the mica crisis.

The first is geography, and the second is scale, as mica damage involves "an entire rebuild".

The same principle applies in both cases, he said, that the State failed in its regulatory duties, and so it needs to step in.

"The State is at fault here", and must "support the 100% redress" in the needs of justice, Deputy Smith said.

He noted that the Government wouldn't oppose the Sinn Féin motion, but he said action is needed.

Mr Tóibín said people's lives "are falling down around them", and that local authorities are also being "hammered".

"The scale of this crisis is still pretty much unknown", he said, because families have to pay thousands to get their homes assessed.

He has spoken to families who are ignoring the cracks in their walls because they cannot afford that assessment.

Mr Tóibín said that if mica had struck south Dublin, 100% redress would be available.

He tabled an amendment calling for a public investigation into what happened in this crisis.

People have been 'hoodwinked' over redress scheme

Donegal Fine Gael TD Joe McHugh has said the people whose homes and buildings are affected by mica have been hoodwinked in relation to the redress scheme.

Deputy McHugh said the scheme that was offered was not a 90% scheme but a 70% scheme by the back door.

He said the debate has now moved onto an equality issue between pyrite and mica.

He said "when you consider that a household in Leinster got just shy of a quarter of a million, a 100% scheme with rental costs, with costs covered for their furniture to be stored as well".

He said "these architect fees, demolition costs, all these hidden costs that weren't there as part of the scheme that I envisaged".

He said people in Donegal, Mayo, Limerick and Clare cannot wait months for this. He said the scheme needed to move from 90% to 100% in the next six weeks. 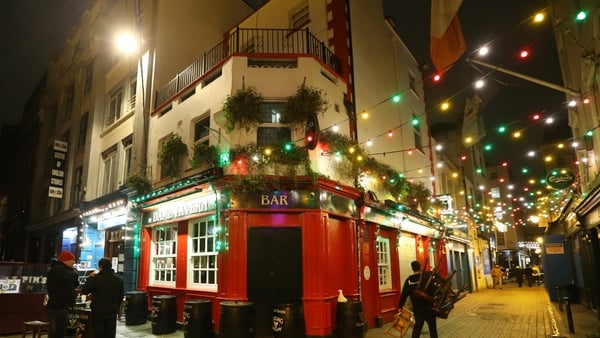 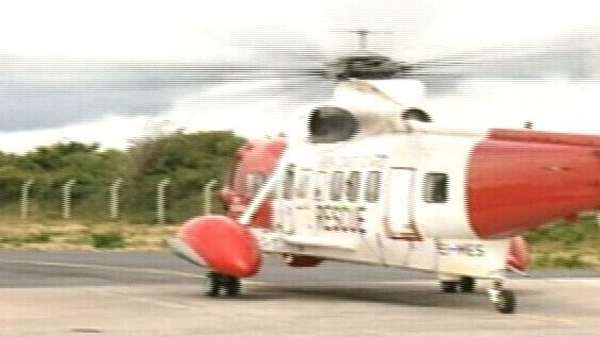 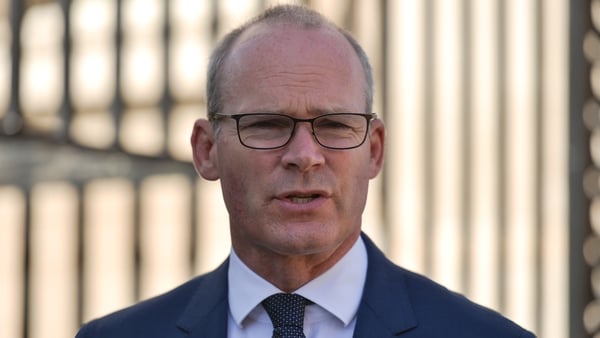