The Taoiseach has told the Dáil that safest thing to do is not to travel abroad, despite the publication of a 'green list' of countries deemed to have similar Covid-19 risk levels to Ireland.

Micheál Martin came in for criticism on the Government's handling of the issue, with Sinn Féin describing it as "cack-handed".

She said: "Instead of managing the risks that we clearly face, you have now pursued a reckless policy with virtually no checks and balances."

Last night, the Government published the list of 15 countries where the travel advice will be to take normal precautions and people arriving to Ireland from these countries will not have to restrict their movements for 14 days.

The countries are Malta, Finland, Norway, Italy, Hungary, Estonia, Latvia, Lithuania, Cyprus, Slovakia, Greece, Greenland, Gibraltar, Monaco and San Marino and all have a similar or lower level of Covid-19 to Ireland.

The Taoiseach defended the Government's handling of the 'green list' and said it was clear in its advice to people not to travel abroad unless necessary and to holiday at home.

Mr Martin said that some countries that have reopened have seen their incident rates increased, resulting in localised lockdowns.

He said the Northern Ireland Executive signed up two weeks ago to the opening up of the island of Ireland, which was signed off on by Sinn Féin.

Mr Martin said the North has opened up to 59 countries and while he would favour an all-island approach there are challenges in doing that.

Sinn Féin leader Mary Lou McDonald says there is now "absolute public confusion" in the government's approach to travel. She says the government is pursuing a "reckless" policy and has put itself at odds with public health advice | More: https://t.co/vSe9VyKhjG pic.twitter.com/eMHLkf05GK

Mr Martin said the Government is taking a much more conservative approach.

He said there was 91% less people arriving into Dublin Airport this July compared to last year and  concerns about travel needed to be kept in perspective.

He was responding to Independent TD Micheal McNamara, who said there is a lot of confusion about quarantine rules and "a lot of hostility" towards people arriving into Shannon Airport.

The Taoiseach said quarantine is impossible to enforce and it is "questionable whether it is the wisest thing to do", as in some countries there were clusters in the places where people were being quarantined.

He said the Cabinet had decided to move the passenger locator form to an electronic basis because he said the key was testing and contact tracing to suppress the virus.

Taoiseach Micheál Martin says the government is taking the issue of travel very seriously, adding that Ireland has "one of the most restrictive travel frameworks globally" | More: https://t.co/vSe9VyKhjG pic.twitter.com/HecDt5thga

Ms McDonald said an all-island approach was needed and hoped the North/South ministerial council meeting would provide an opportunity for Dublin to step forward and champion that approach.

She said every protection for the island as a single unit was needed, including effective quarantining methods.

In response, the Taoiseach said he would work towards achieving the maximum synergy with the Northern Ireland Executive in relation to the suppression of the virus on the island of Ireland.

Ms McDonald also criticised the Government for not publishing a 'red list' of countries with high numbers of Covid-19 cases and there was a concern that people were travelling here from those countries and were not going through proper quarantine.

She said putting a locator form online would not address this.

The Minister for Health, Stephen Donnelly, defended the Government's handling of travel advice, and said Micheál Martin's message is clear.

Speaking on RTÉ's Drivetime, he denied that the message is confusing and said it has been consistent from day one.

The reason the green list exists, he said, is because a lot of people have been travelling, and the Department of Foreign Affairs is obliged to provide Irish citizens with accurate information if they are going to travel.

Deputy Donnelly said he has sought legal advice from the Attorney General on whether or not mandatory quarantine when arriving into Ireland can be enforced, and that the reply was that while it is possible to do so, it is complex. 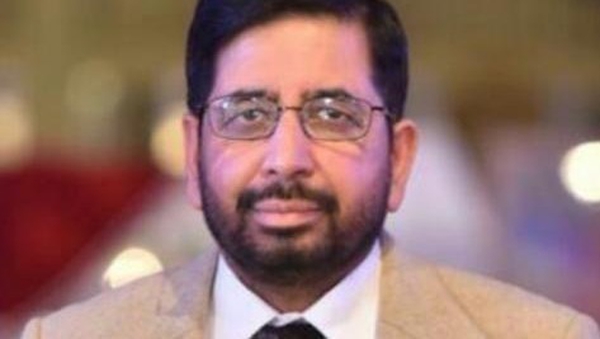 Dublin doctor who died from Covid-19 remembered as 'hero'