Counting for the European elections in the Dublin constituency has been suspended until tomorrow morning, following a dispute over the transfer of votes.

The count will resume at 11am.

A disagreement arose between Independents 4 Change candidate Clare Daly and Fianna Fáil's Barry Andrews, over how the returning officer planned to proceed with the count.

The Green Party's Ciarán Cuffe and Fine Gael's Frances Fitzgerald had already been elected by this stage, however the third and fourth seats had yet to be decided.

The issue is important because whoever is deemed to have been elected into the fourth seat can only take office once the UK leaves the European Union.

The count in #EUelections2019 for the Dublin constituency has been suspended until tomorrow morning. Follow updates here https://t.co/weUxbEJdjV pic.twitter.com/XNyr7sPCiA

Mr Cuffe earlier topped the poll in the capital, but had to wait for the 13th count before he surpassed the quota of 72,790 votes.

Ms Fitzgerald took the second seat in the capital on the 14th count. 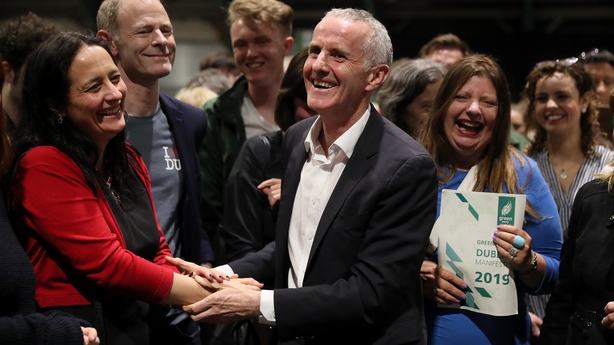 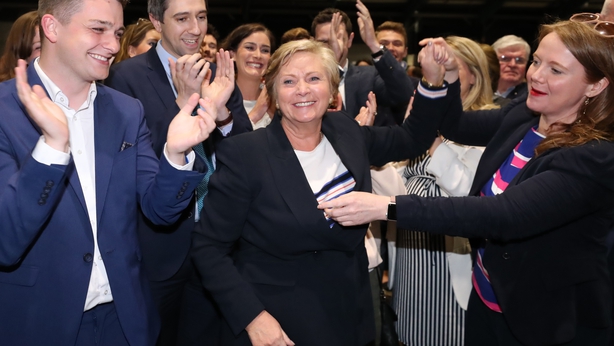 Former Labour minister Alex White has been eliminated on the 13th count and his 22,205 votes will now be distributed.

Meanwhile, Fine Gael MEP Mairead McGuinness has said she is hopeful the party will take a second seat in the Midlands-North-West constituency.

Ms McGuinness became the first Irish MEP to be returned to the European Parliament, after the first count result was announced at the Royal Theatre in Castlebar this afternoon.

She was elected with a surplus, after exceeding the 118,986 quota in the four-seat constituency.

Her running mate, Maria Walsh, received 6,036 votes from this surplus, while the third count is now under way after the exclusion of Independent candidate Diarmuid Mulcahy. 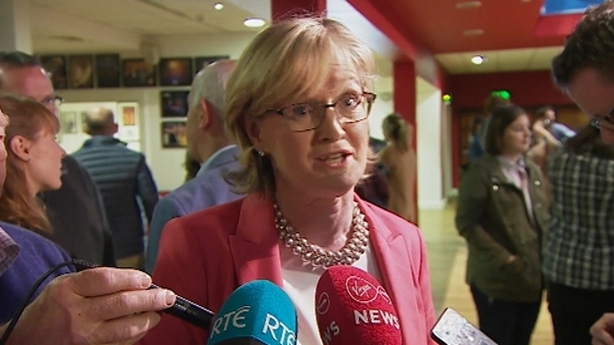 On those figures, it is thought neither candidate would be able to make up ground required.

The two Fianna Fáil candidates - Brendan Smith and Anne Rabbitte - have a combined total of 75,219 votes.

Their transfers will ultimately determine the final outcome in Midlands-North-West.

Mr Carthy says he is pleased to be in third position after the first count, given the electoral results for his party in last week’s local elections.

However, he says he is waiting to see how the count progresses before calling the final result.

There are 13 European seats to be filled across Ireland altogether.

The count in the constituency has been adjourned until 9am. 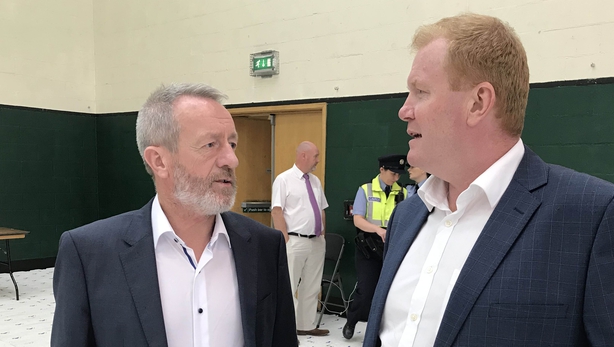 Outgoing Fine Gael MEP Seán Kelly has topped the poll in Ireland South after the first count, falling just short of the quota of 119,866 votes.

Fianna Fáil TD Billy Kelleher is in second place in the southern constituency, with 84,106 votes, ahead of Independents 4 Change TD Mick Wallace on 81,994.

Similar to the Dublin constituency, the fifth and final seat in Ireland South only comes into effect after Brexit.

Of the chasing pack, Fianna Fáil's Malcolm Byrne - elected to Wexford County Council at the weekend - is on 69,201, ahead of outgoing Fine Gael MEP Deirdre Clune on 64,631.

Independent Peter Madden has now been excluded and his 2,409 votes will be distributed.

Counting in the Ireland South constituency has adjourned for the night, and will resume at 9am.