The Taoiseach has said that if Fine Gael and Fianna Fáil engage seriously in their review of the Confidence and Supply deal, they could have it done by the Halloween break.

Speaking on RTÉ News following a telephone conversation with the Fianna Fáil leader, Leo Varadkar described the call as "pleasant and professional".

The Taoiseach said the two parties would first engage at advisor level, before appointing negotiating teams.

He also reiterated that his preference was to have a general election in the summer of 2020.

Taoiseach Leo Varadkar has said he believes talks to renew the Confidence and Supply deal can be completed by the end of the Dáil’s Halloween break | Read more: https://t.co/n5JaNPmHdc pic.twitter.com/BWzch3aNUM

"I think if we engage, and engage seriously, we can get this done by the Halloween break, or certainly by the end of the Halloween recess period and that should be our target," he said.

The Fine Gael leader also moved to quash rumours about a general election before Christmas, saying there are always rumours around Leinster House.

Earlier, Micheál Martin had said he would ring Mr Varadkar to outline his views on how the review of the deal should take place.

He had said his party would enter the review in good faith and want it initiated.

Talks about talks on Government future set to begin

The deal, which was struck in the wake of the 2016 General Election, saw Fianna Fáil agree to support a Fine Gael-led minority Government for three Budgets.

It included an agreement that the deal would be reviewed at the end of 2018.

Mr Martin has indicated the talks may not begin until the week after next, given the focus on the EU Brexit summit next week.

The review would look at certain areas that have not been delivered on, particularly in the area of health, he said.

Earlier this year, Mr Varadkar said he wanted Fianna Fáil to commit to a two-year extension of the confidence and supply deal with the government, and agree to holding a General Election in 2020.

In a letter to Mr Martin, the Taoiseach set out what he wanted to achieve under an agreement that would run to the summer of 2020.

Mr Martin rebuffed that approach at the time, saying his party would discuss extending the deal once the Budget was delivered. 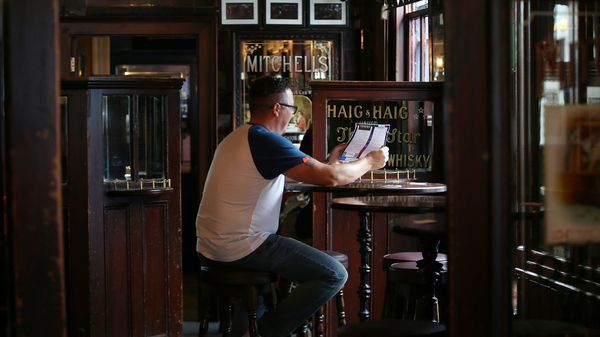