The Minister for Health has said he intends to meet medical professionals shortly regarding clinical guidelines being prepared for abortion services here.

Simon Harris's comments come following today's Oireachtas Health Committee, at which concerns were raised by representatives of GPs, gynaecologists and obstetricians over the lack of meetings between stakeholders on the matter.

However, a spokesperson for Mr Harris has said that the Department is engaging with the medical community and that it is a priority for the Government to develop a woman-centred, safe and regulated service for the termination of pregnancy.

Minister Harris, who aims to bring legislation through the Oireachtas in early October, welcomed the "constructive suggestions" by medical professionals today, and assured them that services "can and will" begin in January 2019.

The Irish College of General Practitioners and the Institute of Obstetricians and Gynaecologists expressed concerns over the proposed timeline regarding the introduction of abortion services here.

Yesterday, Taoiseach Leo Varadkar told the Dáil legislation to facilitate abortion following the referendum on the Eighth Amendment would be introduced during the first week in October.

Dr John O'Brien of the Irish College of General Practitioners said he was concerned regarding the provision of services by GP system.

He said while GPs could probably make the deadline in relation to formulating guidelines and education, the difficulty centred around the provision of infrastructure.

The Chairman of the Institute of Obstetricians and Gynaecologists described the timeline as "challenging" adding that all the stakeholders needed to sit down and work out the pathways of care.

Dr Peter Boylan also told the committee that a clear picture was required regarding the current infrastructural deficit particularly in relation to ultrasound.

Dr Boylan's colleague, Dr Cliona Murphy, said obstetricians and gynaecologists did not know the capacity that they needed to prepare for.

She noted that there was a huge expectation for a rolled-out service, but she suggested phasing in the service to ensure understanding from the public that it was a short timeframe to roll out what she described as a separate health strategy.

However, Dr Susan Crowe of the Irish Medical Council said the council set up its working group six weeks ago and the next phase was public consultation.

She said while time was required to ensure adequate consultation, it would be possible to deliver the service within the proposed timeframe.

The Institute of Obstetricians and Gynaecologists has advised against the suggested three-day waiting period for women seeking a termination of pregnancy. 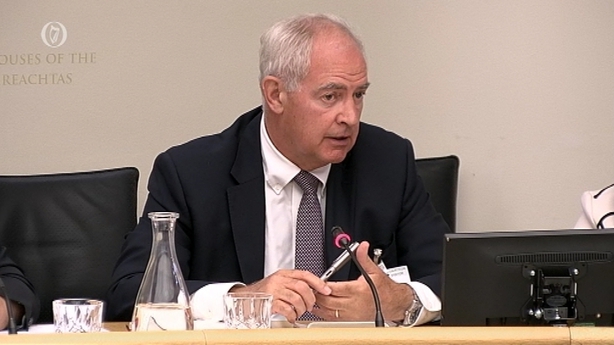 Dr Boylan, who is the Chairperson of the IOG, told the committee there was evidence that those who request a termination remain satisfied with the decision.

He said a waiting time, if any, should be from first contact with the service.

When asked by the Committee Chairperson Dr Michael Harty as to why the institute took that view, considering the three-day waiting period is noted in the Heads of the Bill published in July, Dr Boylan acknowledged that there were mixed views, but said there was no evidence that the waiting period was necessary.

He pointed out that in the Netherlands, there was a waiting period between the time of consultation and termination, which he said makes presumptions about women regarding their own healthcare.

"While there will be mixed views, but a lot of doctors feel, it's not necessary and should be dropped," he said.

The committee also heard that all stakeholders regarding the introduction of abortion services have not yet met.

Dr Murphy expressed the need for the Department of Health, the HSE and clinical stakeholders to sit down together.

She noted that the Irish Family Planning Association has more experience than some hospital consultants, but it has not been invited to meetings "as much as they should have been".

Dr Murphy said the IFPA should be more involved in the process.

The committee heard the need for the introduction of a 24-hour helpline as the first point of contact in abortion services here.