Fianna Fáil Leader Micheál Martin has confirmed his party will not support any Sinn Féin no confidence motion in Minister for Housing Eoghan Murphy.

However, Mr Martin said Mr Murphy needs to say the Government's policies are not working.

He told RTÉ's Today with Sean O'Rourke that Fianna Fáil was disappointed with the Government performance on health and housing and extra money needs to be allocated in the Budget for these areas.

He said there has to be an affordable housing scheme because young people are paying exorbitant rents with nothing to show for it.

Sinn Féin has confirmed that it will table a motion of no confidence in Mr Murphy in the coming weeks.

Speaking at a meeting of the party's elected representatives in Co Cavan today, party leader Mary Lou McDonald said Mr Murphy is failing and out of touch. She added that it was time for him to go.

She strongly criticised Mr Martin for stating that his party will not support Sinn Féin's motion against Mr Murphy. She said: "What does it take for Fianna Fáil to wake up?"

Sinn Féin postponed plans to proceed with such a motion on two separate occasions over the last few months.

In a statement, Minister Murphy critised Sinn Féin and said the party is tabling the motion "to get headlines".

He said: "We are in a minority Government situation so Sinn Féin should spend their time between now and Dáil coming back getting the majority of parliament to back their big housing plan.

"The reason they are not doing that is because they do not have one."

Separately, Ms McDonald said she will meet the new Garda Commissioner Drew Harris, and that she supported the gardaí and PSNI. However, she said Mr Harris has questions to answer from some families.

The Sinn Féin leader said she would meet US President Donald Trump when he visits Ireland in November, but said it was important to challenge him face to face on the streets.

She said she had "no truck" with sexist or misogynist comments.

.@MaryLouMcDonald has said she would meet @realDonaldTrump as she says it's important to challenge him on the streets and face to face. She said she has no truck with sexist misogynistic politics @rtenews @rtepolitics pic.twitter.com/QAjgUBeOaY

Ms McDonald also confirmed at the meeting that on the first week the Dáil returns, Sinn Féin will table a motion on the proposed closure of 159 rural post offices.

The meeting in Cavan comes as the party prepares to reveal its candidate for the presidency in the next two weeks.

Issues on the agenda include the upcoming Budget, the restoration of power-sharing in Northern Ireland and also Brexit.

Other key issues, such as health and housing, will also be discussed. 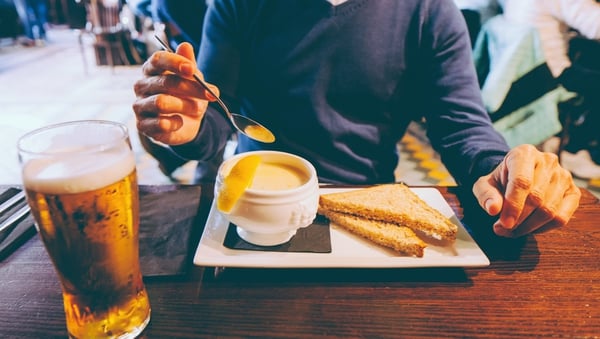 Govt set to decide on further Dublin measures on Friday