Russians are celebrating the 60th anniversary of the first manned flight to space carried out by cosmonaut Yuri Gagarin, as the Soviet hero remains one of the most admired figures in the country.

Russian President Vladimir Putin is due to travel to Engels, a city in the south of the country on the banks of the Volga river, to the site of the cosmonaut's landing where a memorial stands to honour the historic flight.

The anniversary of the spaceflight is a "day of national pride" for Russia, Mr Putin's spokesman Dmitry Peskov told reporters on Friday.

On 12 April 1961, Gagarin's Vostok spacecraft took off from the Baikonur cosmodrome in Kazakhstan, then part of the Soviet Union, as the 27-year-old cosmonaut exclaimed his iconic catchphrase "Let's go!".

His flight lasted just 108 minutes, the time it took to complete one loop around the Earth, before returning to home soil.

The legend of the man who rose from humble beginnings as the son of a carpenter and a dairy farmer who lived through the Nazi occupation to become a Soviet hero lives on and the day of Gagarin's flight is celebrated every year in Russia as Cosmonautics Day.

His now rusty Vostok capsule is on display at Moscow's Museum of Cosmonautics where an exhibition dedicated to Gagarin is set to open tomorrow.

Visitors will be shown documents, photos and personal belongings of Gagarin, some dating back to his childhood and school years.

"This is probably the only surname that everyone knows, from four-year-old children to people over 80," Vyacheslav Klimentov, historian and the museum's deputy director of research, told AFP.

"I would say that Gagarin's feat, that saw a man go to space for the first time, bonds all Russians together," he added. 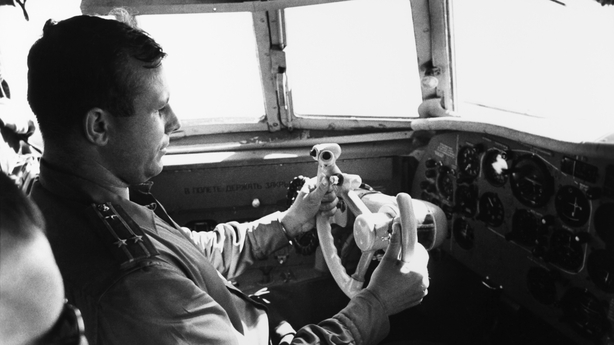 Gagarin's biographer Lev Danilkin said he is "a figure who inspires an absolute consensus that unifies the country."

"This is a very rare case in which the vast majority of the population is unanimous," Mr Danilkin added.

On his return to Earth, Gagarin found himself at the centre of a propaganda campaign on the superiority of the Soviet model.

Mr Danilkin says Gagarin was used by authorities as an example to the rest of the world, but also to convince Soviet citizens, who had endured World War II and Stalin-era repressions, "that the sacrifices of the previous decades were not in vain".

Gagarin's flight remains a source of national pride in Russia and a symbol of the Soviet Union's dominance in space during that era. Four years before Gagarin, the USSR had already become the first country to send into orbit a satellite, called Sputnik.

Sixty years on, Russia continues to frequently send its cosmonauts to the International Space Station.

On Friday, a Russian Soyuz spacecraft, honouring the anniversary of Gagarin's flight, blasted off from the Baikonur cosmodrome with two Russians and a US astronaut on board.

But the anniversary also comes at a difficult time for Russia's space industry, which has suffered a number of setbacks recently, from corruption scandals to an aborted take-off endangering a manned mission in 2018.

Russia's ageing Soyuz rockets are reliable and allow Moscow to remain relevant in the modern space industry, but the country is struggling to innovate and keep up with other key players.

Together with reduced funding, this could mean hard times for Russia's space agency Roscosmos even though its chief Dmitry Rogozin continues to promise ambitious projects, including a mission to Venus and a station on the Moon. 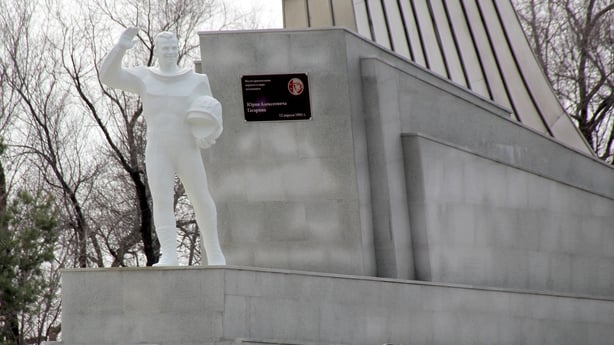 Like all great Russian heroes, Gagarin is a tragic figure.

His death during a training flight in 1968 at the age of 34 remains a mystery because authorities never released the full report of the investigation into the causes of the accident.

Partial records suggest his MiG-15 fighter jet collided with a weather balloon, but in the absence of transparency, alternative theories abound.

One holds that Gagarin was drunk at the controls; another that he was eliminated by the Kremlin which feared his popularity.

More than 40 years later, many Russians have yet to come to terms with his death.

"How could the top cosmonaut, such a young and kind man, die like that so suddenly?" says historian Alexander Zheleznyakov.

"People are still trying to get over it."