German car parts supplier Continental is banning the use of WhatsApp and Snapchat on work-issued mobile phones "with immediate effect" because of data protection concerns.

The company said such social media apps had "deficiencies" that made it difficult to comply with new EU data protection legislation, especially their insistence on having access to a user's contact list.

"Continental is prohibiting its employees from using social media apps like WhatsApp and Snapchat in its global company network, effective immediately," the firm said in a statement.

36,000 employees will be affected by the move, a Continental spokesman told AFP.

The company, one of the world's leading makers of car parts, has over 240,000 staff globally. 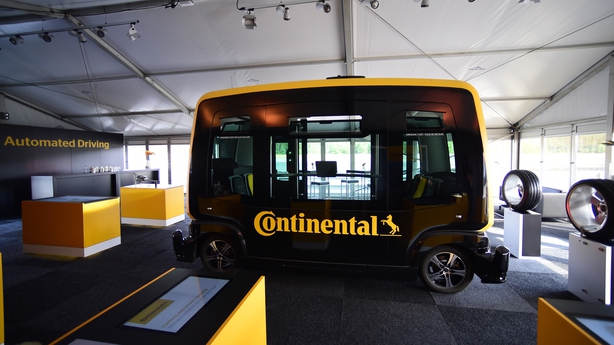 A key principle of the European Union's new general data protection regulation (GDPR), which came into force on 25 May, is that individuals must explicitly grant permission for their data to be used.

But Continental said that by demanding full access to address books, WhatsApp for example had shifted the burden onto the user, essentially expecting them to contact everyone in their phone to let them know their data was being shared.

"We think it is unacceptable to transfer to users the responsibility of complying with data protection laws," said Continental's CEO Elmar Degenhart.

The Hanover-based firm said it stood ready to reverse its decision once the service providers "change the basic settings to ensure that their apps comply with data-protection regulations by default".

Responding to the story, a spokesperson for Snapchat said: "Privacy is core to everything we do at Snapchat. Continental is wrong to suggest our compliance with GDPR shifts the burden to the user.

"Unlike other platforms, it is completely up to the user whether they wish to grant access to contacts in Snapchat.

"If users do upload their contacts to their account they can stop syncing them and delete them at any time from within the app. We also do not store non-user contacts."

The issue of how personal information is used and shared online was given fresh urgency after Facebook earlier this year admitted to a massive privacy breach that allowed a political consultancy linked to US President Donald Trump's 2016 campaign to harvest the data of up to 87 million users.