The biggest trending stories and moments for tweeters in Ireland this year have been announced.

When it came to Irish news, #RepealThe8th, #Brexit, #Ophelia, #IrishWater and #TuamBabies were the most tweeted hashtags.

RTÉ’s @ClaireByrneLive has broadcast the names of the 796 children certified to have died at the Tuam mother and baby home 1925-1960 pic.twitter.com/ypJIfGphIx

Trump, Syria, #GE2017, #Manchester and #Resist, a hashtag used by critics of the new US President's policies, were the most tweeted international news stories for people in Ireland.

The poignant moment when Galway manager Micheál Donoghue showed his father the Liam MacCarthy Cup was a stand out image for Irish tweeters.

Witness to a special moment between Galway manager Micheál Donoghue and his father Miko as he shows him the Liam McCarthy for the first time pic.twitter.com/fHppFCgGtb

And one of the most retweeted tweets of the year was from @TheNotoriousMMA, Conor McGregor:

THE FIGHT IS ON. pic.twitter.com/KhW0u3jRft

The data was released under the hashtag #ThisHappened. 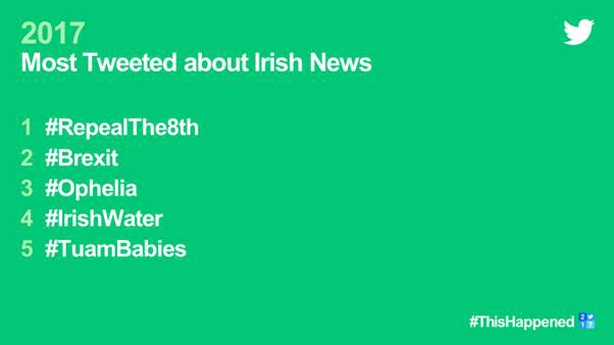 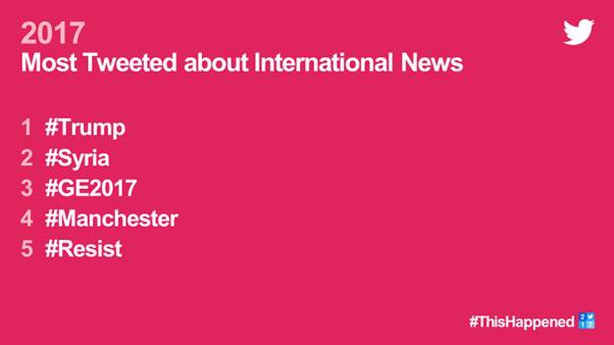 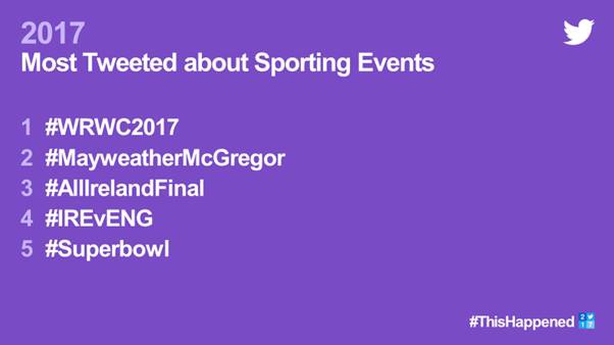