The tender process for the second catheterisation lab at University Hospital Waterford will commence by the end of this month, the Taoiseach has confirmed.

Speaking during Leaders' Questions in the Dáil, Independent TD for Waterford Matt Shanahan said the hospital is one of the busiest and most underfunded Model 4 hospitals in the country.

He specified the issues with the cath lab and told the Taoiseach there are only six beds in the intensive care unit in UHW.

He asked when will UHW have funding on a par with other Model 4 hospitals around the country.

Taoiseach Micheál Martin said ongoing assessment will be undertaken, and confirmed that the second cath lab was agreed in the Programme for Government.

Independent TD @MattShanahanTD asks Taoiseach @MichealMartinTD about University Hospital Waterford and when it will receive funding "on par with the other Model 4" hospitals in the country | https://t.co/XDOIhZhlx1 pic.twitter.com/D4F5kYbvvh

Mr Martin said the project to build the second cath lab will go to tender by the end of September.

He said the build should start in the first quarter of 2021 and that it should be ready 12 months after that. 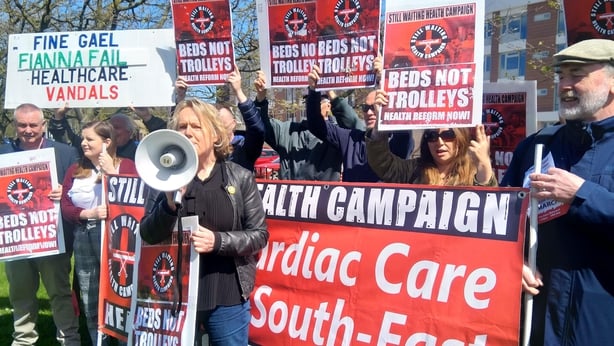 There have been several protests in the southeast in recent years over cardiac care facilities in the region, with calls for the provision of round-the-clock cardiac services.

Concerns have also been raised over facilities at the mortuary in the hospital and about overcrowding at the Department of Psychiatry.