An Olympic high jumper and her high school sweetheart have taken the leap and married following her success at last night's Cork City Sports Athletics championships.

Olympian Priscilla Frederick and high school history teacher Ken Loomis say they are both on air after tying the knot at a special ceremony in Macroom, Co Cork.

US-born Ms Frederick, who competes internationally for Antigua and Barbuda, said that after she received invitations to jump at athletics events in Cork and Dublin, the couple decided "to elope" and get married here.

They obtained a marriage licence in the US before they travelled to Ireland, and the ceremony was carried out today by their friend and fellow athlete Alex Bowen Smith - who was also in Cork to compete in the sporting event. 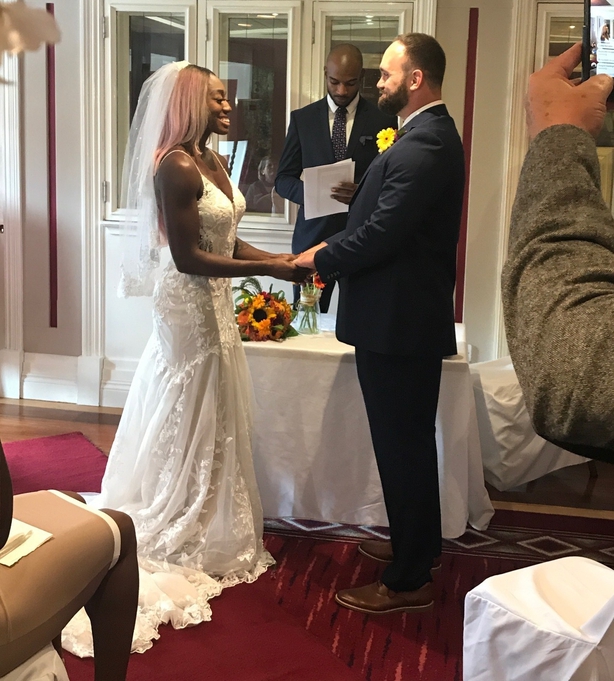 The couple, who got engaged last April, said they wanted to do something completely different for their big day. They plan to wait until after next year's Olympic games in Tokyo before going on honeymoon.

While they have never been to Ireland before, Mr Loomis' roots are in Co Mayo.

His uncle, Tom, has been visiting Macroom every two years for the past 20 years with the Woodland String Band from Philadelphia for the town's annual St Patrick's Day parade. 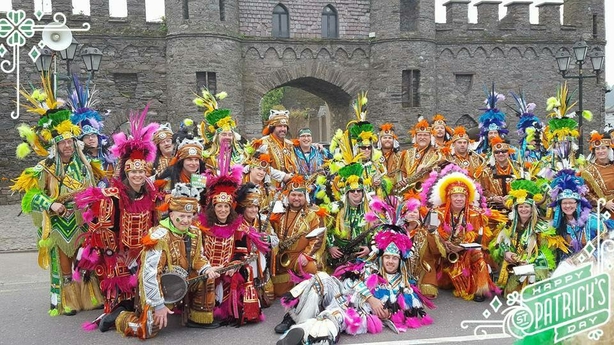 When Tom heard the couple were travelling to Ireland, he insisted they get married in Macroom.

The newlyweds have been overwhelmed by the response, especially by the staff at the Castle Hotel in Macroom. The ceremony took place there with 'Big Ken' - Ken's dad - walking the bride up the aisle.

Mr Loomis' parents, Ken and Kim, as well as aunt and uncle, Mary and Tom, surprised the couple by travelling for the wedding.

Today was chosen because 15 August is Ms Frederick's mother's birthday, and Ken's grandmother also passed away on this date.

"I didn't know it was going to be such a big deal. I was like 'we're eloping, it'll be something small,'" Ms Frederick told RTÉ News.

"The whole town has been lovely and so welcoming, and they've been so excited about our special day so it makes us really, really excited."