A new report has shown that falls continue to be the leading cause of major trauma injuries in Ireland.

Major trauma can be any injury that has the potential to cause prolonged disability or death, and can be caused by things like falls, motor vehicle collisions and assaults.

The effects of public health restrictions and lockdowns introduced in the early stages of the Covid-19 pandemic on the number and type of trauma injuries are evidenced in the report, carried out by the National Office of Clinical Audit (NOCA).

The Major Trauma Audit National Report looked at data gathered on 8,764 trauma patients in 26 hospitals in 2019 and 2020.

The report shows there was a significant increase in injuries at home during 2020, in particular injuries caused by falls from a low or high height.

There was also a reduction in road trauma injuries during this period, which the NOCA said was consistent with there being fewer vehicles on the roads at this time.

Launching the report, Clinical Lead for the Major Trauma Audit Professor Conor Deasy said it presents the first picture of how trauma activity, care and outcomes were effected during a "very tumultuous time" in the health service due to the Covid-19 pandemic.

He said the significance of the data can help inform future public health strategies.

The report found that the proportion of major trauma patients injured at home increased significantly from 48% in 2019 to 56% in 2020.

It also showed that there was an increase in the proportion of people who died from falls.

The data also showed that there was an approximate 10% reduction in the number of admissions to hospital of patients with major trauma injuries in 2020 compared with 2019.

The average age of trauma patients also increased from 58 to 61.

The proportion of major trauma patients from road traffic collisions decreased from 17 to 15%.

The proportion of people who received these major trauma injuries as a result of a blow from an assault also dropped during 2020.

NOCA said that the major trauma audit has consistently shown that injuries at home are the most common cause of major injuries and that more needs to be done to keep the population safe, "especially when people are advised to stay at home".

It has developed a fall prevention checklist for people to ensure that their homes are safe.

It is also advocating that the data is used by the Health Service Executive and the Department of Health as a means for healthcare workers, social workers, health and social care professionals (HSCPs), general practitioners, paramedics or anyone visiting a patient's home to consider that environment and recommend changes where appropriate in order to try and reduce the burden of injury due to fall.

MT Audit Manager MTA Louise Brent added: "The increase of falls in the home over the course of the first three waves of the pandemic shows us that there is a real opportunity for the public to use this information to ensure their homes are as safe as possible.

"Using the data on falls in the home we have designed a very quick checklist that anyone can use to identify common causes and risks that may be present in the home, the majority of which are easily remedied. Ireland has achieved a lot of improvement in the likes of road safety, we now must turn our attention to home safety as well."

Among the reports other key findings, was that there was a low level of pre-alerts to hospitals in 2019 and 2020 ( both at 12%) and that the overall percentage of major trauma patients received by a trauma team remains "extremely low" at 8% and 9% in 2019 and 2020 respectively. 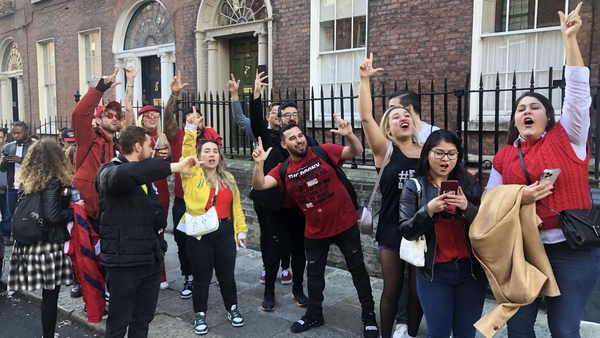