A report into child protection and welfare services provided by Tusla in the Louth-Meath area has found there were delays in responding to the needs of children and families and that measures to address these delays were not effective.

It also found that the service did not comply with the Child and Family Agency's own timelines for completing preliminary inquiries or initial assessments and that safety planning was poor.

In one case, an inspection carried out by HIQA found that a child sexual abuse case had been waiting 11 months for an initial assessment.

The report said despite this case and other similar cases being escalated and a case management plan put in place, children and families involved "waited long periods for a service".

HIQA, the Health Information and Quality Authority, is the body tasked with monitoring the quality of services provided by Tusla.

This HIQA report is based on a three-day inspection of services in the Louth-Meath service area in April 2022 and the inspection report was published today.

The risk-based inspection focused on the management of child protection and welfare referrals - from the time Tusla received a referral about a child, to the completion of an initial assessment.

The inspection also looked at governance arrangements in place "to ensure a safe, effective and timely service delivery to these children".

HIQA monitors performance against a set of national standards for child protection and advises the minister and Tusla.

It found that out of the five standards assessed in the inspection, four were not compliant. One standard was found to be substantially compliant.

HIQA said that overall the service had "clear governance arrangements in place", with "experienced and committed managers and staff with the required skills and knowledge in place to manage referrals".

It said that "high-priority cases were allocated and immediate risk to children was responded to appropriately".

However, HIQA found that there were delays in responding to the needs of children and families requiring a child protection and welfare service and that measures implemented to address delays were not effective. 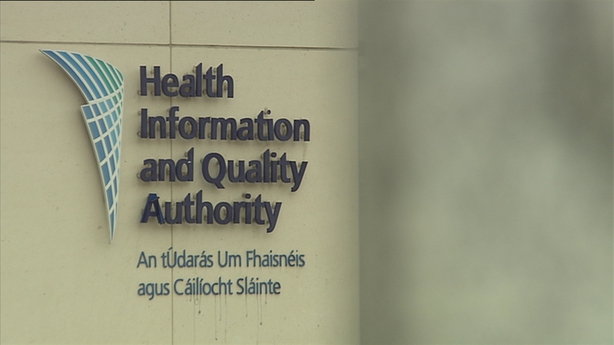 HIQA also found that the Louth-Meath service area was not compliant with Tusla's standard timelines for completing preliminary inquiries or initial assessments, and that safety planning was poor.

It said additional management action was required to further reduce waiting lists and improve the recording of the process.

It said that caseload management and case supervision required improvement and that children's records were not adequately maintained.

HIQA said there was a "shortfall in resources to meet the demands of the service".

It also said there were "gaps in the monitoring and oversight of waitlisted cases, including the quality of safety planning" and that despite contingency plans and staff retention initiatives, there was a shortfall in resources to meet the demands of the service.

In one case, a child sexual abuse case had been waiting 11 months for an initial assessment.

Inspectors found that a safety plan had been put in place in May 2021, but had not been monitored or reviewed since then.

The report said that a senior manager told inspectors this case and similar child sexual abuse cases, which were primarily prioritised as medium or low risk, had been escalated to a line manager, as the team did not have the capacity to work on some of the cases.

Inspectors found that on escalation, a clear plan was put in place to manage the cases, but that "significant drift had occurred" and that "children and families involved in these cases had waited long periods for a service".

The report also highlighted inspectors' concerns for the safety of children in another case, which had been identified as a high priority case in June 2021.

However, an initial assessment was still in progress ten months later in April 2022.

Oversight was not effective - HIQA

Inspectors found that a senior manager reviewed this case in December 2021, and noted it should proceed to a child protection case conference and possible initiation of care proceedings.

However, HIQA said the oversight was not effective and actions were not completed.

HIQA escalated this case to the area manager following its April inspection, to seek assurances in relation to the safety of these children and the plan to prompt assessment of their needs and risks.

It said that adequate assurances were received before the publication of today's report.

The report outlined another high-priority case that required a "pre-birth child protection conference".

However, inspectors found that the initial assessment commenced two months after the child was born.

"There was delayed safety planning for the birth of the child and no social work contact for more than three months after the child was born." it said.

As part of the report, Tusla has outlined a number of actions it has taken and is continuing to take to bring its standards back into compliance, including increased staffing and resources for the service area.

In a statement today, Tusla said it received 5,473 child protection and welfare referrals in the 12 months prior to the HIQA inspection.

It said that all cases that were awaiting allocation in the report have been reviewed.

Eilidh MacNab, the Regional Chief Officer of Tusla in Dublin North East, said that the agency did not reach the expected standards on this occasion, "due in part to challenges in the areas of staffing and capacity".

She said that while there are many examples of good practice in the area on a day-to-day basis, and "the majority of those who we work with reported positive experiences", Tusla has "further work to do" to ensure children and families in Louth and Meath receive a timely service.

Ms MacNab added that Tusla is being "proactive in its recruitment efforts", through graduate social care worker campaigns and offers of employment to all graduates in this field.

"Locally, we have taken a number of steps to address these issues, and a significant recruitment effort is underway in the area and this will increase capacity and improve timeframes," Ms MacNab said.

Tusla said that a number of improvements are required in the operation of the Louth Meath service, including addressing staff vacancies, the completion of actions in the compliance plan agreed with HIQA.