The ESB is to decommission the Derrybrien wind farm in south Galway.

The decision follows more than two decades of controversy over the planning process for the 70-turbine site on the Slieve Aughty mountains.

The ESB said work on dismantling the turbines will begin in accordance with planning laws and regulations.

Last month, An Bord Pleanála refused the ESB's application for substitute consent for the development.

The application for retrospective permission was made after the EU's Court of Justice found Ireland was in breach of environmental standards in relation to the works carried out at the site.

The State has already incurred fines of more than €17m as a result of this.

Daily penalties of €15,000 are being imposed until the situation is rectified.

Following the decision by the planning board in February, electricity generation in Derrybrien was paused by the ESB.

The turbines have been switched off for a month and will not be turned on again.

It is understood that tenders will be sought to carry out the dismantling works at the site.

At this stage, there is no indication as to when this could start. 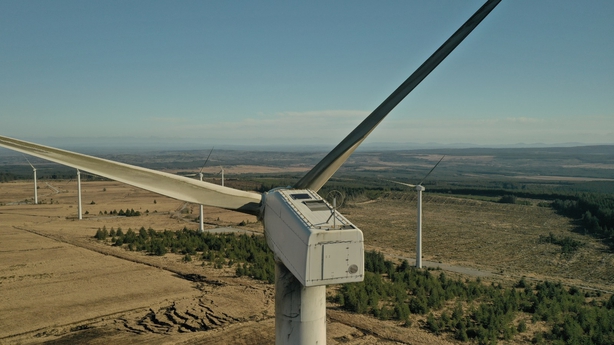 Locals around Derrybrien have long contended that the development has had serious implications for flood risk in the area.

They say that changes to the topography of the mountains during the construction phase caused a faster run-off of water downstream.

A major landslide in 2003 washed hundreds of thousands of cubic metres of peat from the mountain and caused significant environmental damage.

Prior to today's announcement, the ESB said it was disappointed with An Bord Pleanála's decision and was considering the implications.

The board said that the scale of the damage caused by the development could not be mitigated.