Navigational issues have been identified as a major contributory factor in an Irish Coast Guard helicopter crash off the Mayo coast almost five years ago.

Four crew members were killed when Rescue 116 crashed into Blackrock Island in March 2017.

The final report into the tragedy raises concerns about the initial tasking of the Coast Guard on the night of the accident.

It said the helicopter operator, CHC Ireland, did not have a "formalised, standardised, controlled or periodic" system in place to review flight routes.

The investigation has identified correspondence regarding the absence of obstacles, including Blackrock Island, on helicopter warning systems, almost four years before the crash.

It found there was not adequate oversight of helicopter operations by the Department of Transport or the Irish Coast Guard.

The inquiry concludes that there was a lack of clarity as to the role of the Irish Aviation Authority, regarding the regulation of search and rescue flights.

The Dublin-based R116 helicopter was flying to Blacksod in Co Mayo to refuel when the accident occurred.

The remains of two of the crew - Captain Dara Fitzpatrick and Captain Mark Duffy - were found after the crash, but the bodies of two others, winch operator Paul Ormsby and winchman Ciarán Smith, remain lost at sea.

The final report into the incident has been published by the Air Accident Investigation Unit this morning.

The family of Captain Fitzpatrick have said they welcomed the report and thanked all those involved in the investigation into the "devastating accident".

It said the "probable cause" of the crash was a combination of the helicopter's altitude; poor weather and the crew being unaware of a 282ft obstacle on the flight path towards a pre-programmed route they were using.

A further 12 contributory causes for the accident are also listed. Among them:

The 350-page report follows the most detailed inquiry ever conducted by the Air Accident Investigation Unit (AAIU).

The publication comes over four-and-a-half years after the crash, during which time draft findings were subject to extensive review, after concerns were raised by CHC Ireland.

The AAIU said its focus is solely concerned with improving flight safety and nothing in the report should be interpreted as a criticism of any individual or organisation.

The unit has made 42 safety recommendations at the conclusion of its inquiry.

The investigation looked at all aspects of the fatal flight, from the initial tasking of the Dublin-based R116 crew on the night of 13 March, 2017, to the aftermath of the search and recovery operation weeks later.

The process aimed to establish what happened to the helicopter crew, how the accident occurred and the reasons why the crash happened.

In the course of their work, investigators identified "systemic safety issues", in addition to events related to the crash.

Rescue 116 was deployed to provide "top cover" to the Sligo-based R118 crew, which was travelling to assist an injured crewman on a fishing vessel in the Atlantic.

The alarm call from the vessel was made to the Marine Rescue Sub Centre (MRSC) at Malin Head at 9.40pm on the night of 13 March, 2017.

The report said there was "a misunderstanding at MRSC Malin regarding the casualty" and that procedures governing the tasking of a coast guard helicopter were not conducted in sequence.

Guidelines in this regard state that a clinical decision should be made by a doctor, following contact from the coast guard.

But in the initial communication between Malin and MEDICO Cork, "at no time … was the doctor asked to assess the urgency of the medical condition of the injured seaman or to contribute to the decisions on whether and when to launch".

Instead, the report states "the scenario was framed for the doctor", who was told "we are arranging a helicopter to go out and lift him [the injured party] off".

In turn, the commander of the Sligo-based Rescue 118 helicopter "took it in good faith" that requirement to airlift the casualty had been taken following clinical advice and did not question it further.

R116 was providing 'top cover' to another helicopter

Rescue 116 was subsequently tasked to provide "top cover" to R118 on the mission 140 miles west of Eagle Island, after the Aer Corps was not in a position to provide a CASA maritime patrol aircraft for that purpose.

Soon after she was tasked, Captain Fitzpatrick telephoned the Sligo helicopter base to alert the engineer there that R116 would refuel there, as the weather at Blacksod was unsuitable.

Later, during the course of the journey west, Winch Operator Ormsby made contact with R118.

In response to a request for weather conditions at Blacksod, he was told "conditions at the pad are fine". At 11.11pm, he informed the flight crew of this.

A short time later, Captain Fitzpatrick calculated the time and fuel required to fly to the FV (fishing vessel) via Sligo or Blacksod respectively, and concluded that using Blacksod as a refuelling site would save 317kg (700lbs) of fuel and 30 minutes' flying time.

All crew members agreed with the plan.

Their approach to the helicopter pad at Blacksod, in north Mayo, would take them out over the Atlantic before doubling back towards the coastline.

Just after 12.30am on the morning of 14 March, 2017, the helicopter began a scheduled descent from 4,000ft in preparation for its approach to Blacksod.

But Blackrock Island was not identified as an obstacle on the helicopter's Flight Management System (FMS).

The report said it is probable that both pilots believed that the design of the route would provide "adequate terrain separation" if the FMS was used "and that obstacles need only be considered if going off the route".

In addition, the AAIU said there were a number of anomalies in the route, some of which had gone uncorrected since at least 1999.

The Flight Data Recorder did not indicate any technical issues or exceedances during the flight.

A preliminary report into the accident had already established that Blackrock Island was not listed on an Enhanced Ground Proximity Warning System, which can alert crews to obstacles.

The final report said other maps accessible to the crew did not extend as far as Blackrock, or appeared to show open water in the vicinity of the island.

In addition, weather conditions led to poor visibility. The Sikorsky S-92A craft was travelling at 200ft above sea level on the approach, and the beam from the island’s lighthouse would not be visible at this height.

The investigation concluded that the first indication the crew had about the obstacle in their path was when Winchman Smith announced he had detected an island on the infra red camera, when the helicopter was about 0.3 nautical miles (550 metres) from it, travelling at a ground speed of 90 knots.

He immediately called for a change of heading, telling the flight crew: "Looking at an island just in, directly ahead of us now guys, you want to come right."

The report said the crew were in the process of making the change when the urgency of the situation became clear to the winchman.

Eleven seconds after his initial warning, he can be heard on the flight recording: "Come right now, Come Right, COME RIGHT".

In a statement this morning, Captain Fitzpatrick's family said they welcomed the report on what they called a "devastating accident".

As they thanked all those involved in the investigation, the family said they hope those responsible will "urgently implement the necessary changes".

They added that "so that such an accident will never happen again, that no one else will needlessly lose their lives, and that no other families will have to endure the devastating loss that we endure with the untimely death of our beautiful Dara". 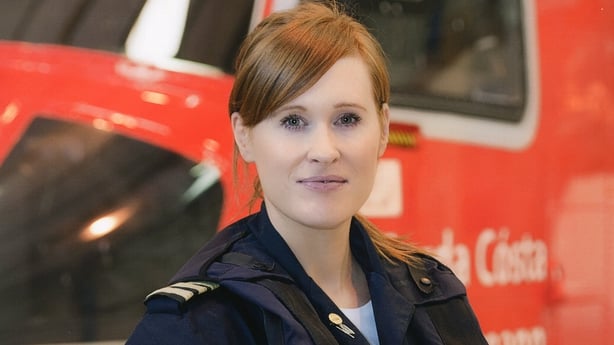 CHC Ireland has said it is committed to implementing the safety recommendations addressed to the company in the report.

In a statement, it said it was investing in ongoing training and development.

CHC said it was focused on delivering search and rescue services in a safe and professional manner.

Speaking in Cavan, the Taoiseach Micheál Martin said lessons have to learned from the R116 tragedy.

He said his sympathies and thoughts are with the bereaved families.

"We have to study this report. My understanding is that it's the most comprehensive air accident report that we’ve ever seen. I think we have to act on the recommendations, we have to learn lessons from this," he said.

"Anything we can do, as a government and as country, we must do, to make sure that the recommendations to improve and ensure safety into the future, are put in place."

Meanwhile, the Department of Transport said it has been working to address the issues identified in the AAIU's draft report in September 2019.

Minister for Transport Eamon Ryan said: "This was a tragic accident that claimed the lives of four individuals who were dedicated to saving the lives of others. I would like to again convey my condolences to the families and loved ones of the R116's crew at this time.

"The completion of the investigation and the publication of the report is a key step in ensuring that such accidents are prevented in the future. I wish to acknowledge the investigative work that has been done by the AAIU that has culminated in this report."

Elsewhere, the Irish Air Line Pilots' Association has said that the deaths of the four crew members were "as needless as it was preventable".

It said: "Their planning, response, teamwork, and communication was exactly what would be expected from such a competent and seasoned crew, on a flight led by such professional pilots.

"They were let down by a regulatory system which left them ill-equipped to do the vital work that same system tasked them with."

She said it is vital that lessons are learnt from what has occurred, to ensure that all crews can work safely and have confidence that sufficient provisions are in place to protect them. 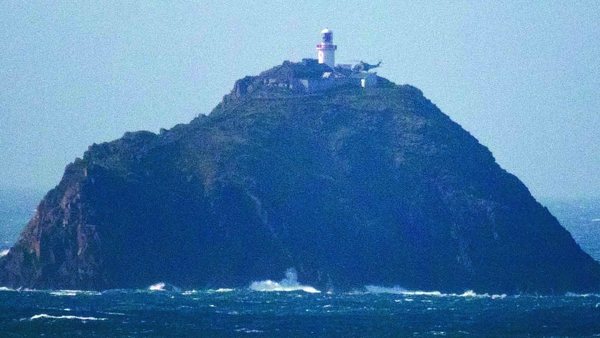