A walking stick belonging to Michael Collins is to be auctioned in Belfast next week.

The silver-handled stick will be a central exhibit at a specialist military sale at Bloomfield Auctions. 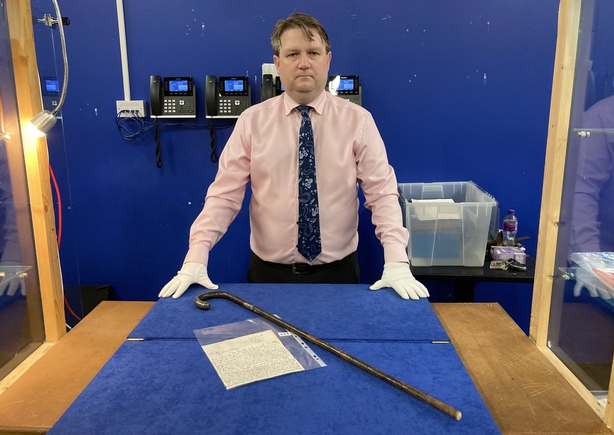 It came from a family in Northern Ireland who had been bequeathed it by relatives in Dublin in 1941.

A letter gifting the stick on and proving its provenance is part of the lot.

Auctioneer Karl Bennett said he had the names of the families involved with ownership of the Collins stick and was certain it was a genuine artefact. 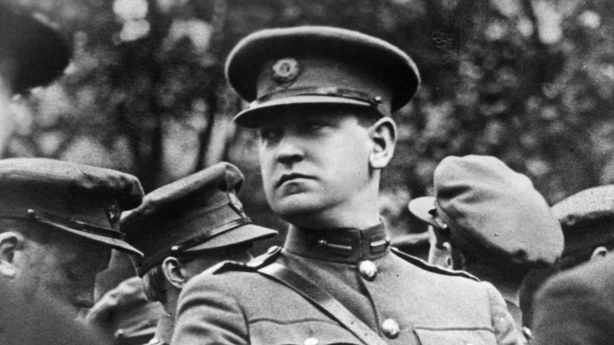 He said he expected it to sell for up to £10,000 given the level of interest from collectors.

Mr Bennett said there was always interest in Collins memorabilia, but the centenary had accentuated it. 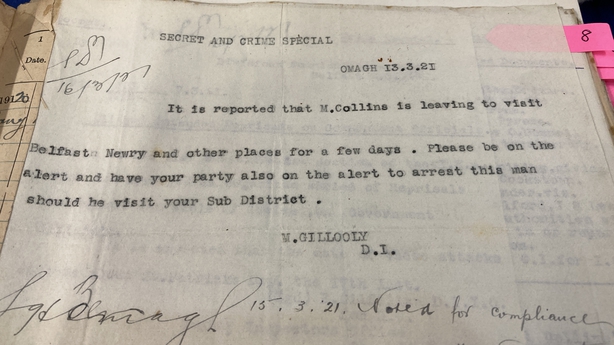 Also on offer are police intelligence documents dated March 1921 about a forthcoming trip north by Collins.

They include an arrest order should police officers become aware of his presence in Belfast and Newry.

Mr Bennett said: "The current owner just felt it was now time to move it on, that it was important that it go to the right place or the right person who's going to exhibit it and tell the story of the man behind it."