Applications for divorce increased by almost a third last year, according to the latest report from the Courts Service.

There was also an increase in the number of applications for orders linked to domestic violence.

The 2020 annual report from the service shows how the courts have been dealing with cases in an unusual and "momentous" year.

These applications are expected to increase again as pandemic restrictions are lifted.

Almost 6000 remote court sessions have been held since the pandemic began. But there have been delays in progressing some types of cases not suitable for remote hearings, including criminal jury trials.

In total, the report shows 5,266 applications for divorce were made in the High Court and circuit court in 2020, compared to 4073 in the previous year, an increase of 29%.

The report also shows there was a 12% increase in the number of domestic violence applications sought from the courts compared to 2019. In total, over the last five years, such applications have increased by 65%.

Unsurprisingly, there was a 70% drop in licensing applications in 2020 due to the impact of the Covid-19 pandemic.

There was also a significant drop in new cases in the area of personal finance. New property possession applications decreased by almost 75% in the High and circuit courts. 327 applications for possession were lodged in 2020 compared to 1217 in 2019.

In the last seven years, such applications have decreased by 96%. However, once the moratorium on repossessions imposed as a result of the pandemic, is lifted, the courts are expecting a surge in such applications. 125 property possession orders were granted in the circuit court compared to 443 in 2019. 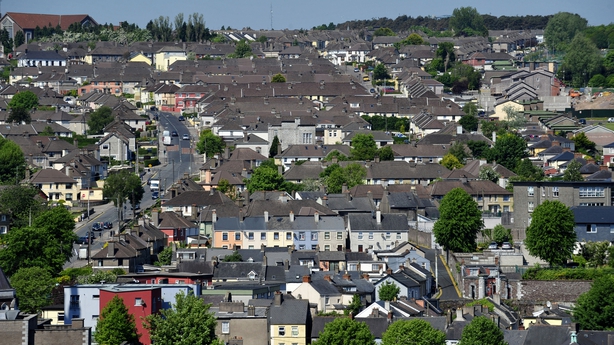 Applications by creditors to have people adjudicated bankrupt fell by 77% in 2020. The Courts Service says this can be attributed to the restriction on sittings due to pandemic restrictions. The cases are now heard remotely, and the service says indications from 2021 are that the number of applications is returning to normal levels.

Almost 6,000 sittings have been held using remote technology since pandemic restrictions were introduced - almost 2,500 of them in 2020.

The waiting time for a trial to be listed before the Circuit Criminal Court is ten months, according to the report.

There are significant delays also for hearing trials in personal injury actions, outside Dublin, including two years in Cork and three years in Limerick. The waiting time in Dublin is currently six to eight months.

Personal injury cases were down 19% between 2020 and 2019. There was also a drop of almost €9 million in the total amount of awards at High Court level and €5 million reduction in the circuit court.

There were 65 trials in total in the Central Criminal Court last year. The court deals with cases involving murder or rape.

All convictions for rape offences were dealt with by way of a prison sentence or detention in the case of juveniles, the vast majority of sentences for rape were over 10 years. Of 166 rape sentences resolved by the court, 114 counts received a prison sentence, while a partially suspended sentence was imposed in relation to 50 counts.

Two sentences of detention were also imposed in relation to juvenile offending.

There were no fully suspended sentences imposed by the court for rape last year. Most sexual offences also attracted a prison sentence with just eight counts receiving suspended terms.

A sentence of more than ten years was imposed in relation to a majority of rape offences. There were no life sentences imposed for rape last year.

At district court level, the number of drugs cases increased by two thirds between 2016 and 2020.

Launching the report, Chief Justice Mr Justice Frank Clarke said during the past "momentous" year, the Courts Service had tried to keep as much of the core function of the courts operational as possible, while complying with public health regulation and guidance.

But he said it had to be acknowledged that build ups had developed in certain areas, especially those not considered suitable for remote hearings. He said there was also potentially a significant number of cases which had not been commenced because of the pandemic, but may well come into court offices in the near future.

He said the learning from the past year will inform how the courts attempt to meet such challenges and how they plan to put in place modern procedures fit for purpose in a digital age.

The chief justice said next year's report would also provide more detail on how the courts handled the pandemic and he also praised the "dedicated work" of the staff.