President Michael D Higgins has led tributes to Des O'Malley, the former leader and founder of the Progressive Democrats, who has died aged 82.

The President offered his sympathies to Mr O'Malley's family and praised his "extensive and meaningful" contribution to politics and the State.

He was a prominent Fianna Fáil TD and minister in the 1970s and 1980s, before he founded the Progressive Democrats and led the party from 1985 until 1993.

While Irish politics was dominated by Fianna Fáil and Fine Gael for much of the 20th century, Mr O'Malley played a significant part in breaking that mould and moving away from Civil War politics.

In 1970, the 31-year-old was appointed Minister for Justice under Taoiseach Jack Lynch.

He took a tough line with the IRA, establishing the Special Criminal Court and introducing the Offences Against the State Act.

His no-nonsense style carried through to other portfolios, including Industry and Commerce.

In 1985, the Fine Gael-Labour government introduced a bill to repeal the ban on contraceptives for the unmarried.

Des O'Malley broke ranks with Fianna Fáil - who opposed the bill - and was expelled from the party for what was deemed "conduct unbecoming".

In December 1985, he founded the Progressive Democrats and under his leadership, the new party won 14 Dáil seats in its first election in 1987.

Two years later the most unlikely of coalitions was formed when Mr Haughey and Mr O'Malley agreed to form a Fianna Fáil-PD government.

The Progressive Democrats pulled out of government and in 1993 after which Mr O'Malley retired as party leader.

The mould breaker who stood by the Republic

He spoke the truth and matched it with his actions. At a very troubled time in our country, his bravery was rare. He was the finest public servant I have had the privilege to know - Mary Harney

"As President of Ireland, I offer my sympathy to all who will have been saddened by the death of Des O'Malley," President Higgins said in a statement.

"The news of the death of Des O'Malley will have been received with great sadness by all, across the political spectrum. His contribution to public life as founder and leader of a political party, as Cabinet Minister and as Dáil Deputy, was extensive and meaningful.

"His deep commitment to serving the people of Limerick, to the Republic, and to the parliamentary process, since he was first elected to the Dáil in 1968 stands as an outstanding example of dedicated public service, often delivered under great pressure."

President Higgins said Mr O'Malley had a "major influence on Irish politics, and his legacy and integrity includes a major contribution to the role of coalitions in Irish government formation."

He said those who had the privilege of working with him "will also remember him as courteous, courageous and principled. As a friend he was gifted with a wry sense of humour, which he shared with generosity and a gift for irony".

Taoiseach Micheál Martin said Mr O'Malley's life was one of "courage and consequence".

He said he "loved his country and was fearless in challenging those who used violence to undermine it".

I was deeply saddened to hear of the death of Des O'Malley.

His was a life of courage and consequence.

He loved his country and was fearless in challenging those who used violence to undermine it. We remember him at Government meeting today and my thoughts are with his family

Tánaiste and Fine Gael leader Leo Varadkar described Mr O'Malley as a "giant of politics", who "left a lasting and positive legacy".

Des O'Malley was a giant of politics. He broke the mould of Irish politics and left a lasting and positive legacy. May he Rest in Peace - Ex-Progressive Democrat leader Des O'Malley has died via @RTENews https://t.co/qXHGshZp2M

In a statement, she said: "Des O'Malley was a great friend and mentor. We had an enduring friendship that spanned 40 years.

"He spoke the truth and matched it with his actions. At a very troubled time in our country, his bravery was rare. He was the finest public servant I have had the privilege to know.

"May he rest in peace with his beloved wife, Pat."

She said she felt privileged when he invited her to join the party ahead of the local elections in 1991 when she won a seat in Rathmines in Dublin.

Labour leader Alan Kelly also paid tribute to Mr O'Malley and said he "leaves behind a distinguished legacy in public life and played a central role in our politics throughout the later half of the 20th century.

"On many issues our respective political movements disagreed, but throughout his political life he made a towering contribution to Irish public life."

Minister of State at the Department of Finance Sean Fleming expressed his condolences to Mr O'Malley's family and friends on his death and described him as "a man of principle".

Senator Michael McDowell described Mr O'Malley as a "courageous man who was incorruptible and cautious".

Speaking on RTÉ's Today with Claire Byrne, he said the decision to found the PDs was not an easy one and what drove Mr O'Malley was the fact that "he was looking at an Ireland in failure", when there was mass unemployment and emigration and public finances were in tatters.

Mr McDowell said Mr O'Malley was not trying to prove a point against Mr Haughey, but because he wanted to see if the country could be economically reformed.

Former taoiseach John Bruton said in a statement, that as Minister for Justice from 1970, Mr O'Malley "defended the institutions of the Irish state, affirming that there can only be only one police or military force that can act in the name of the Irish people, and those are ones set up by, and fully accountable to, Dáil Éireann".

In a statement, another former taoiseach Bertie Ahern said: "He was an Irish politician of the first rank and huge consequence. He fundamentally changed the Irish political landscape forever and will be remembered for the influence that he brought to bear and the contributions that he made to the Irish State as a serving Minister for Justice."

Former finance minister and Limerick city TD Michael Noonan said Mr O'Malley was a national figure who in the 1970s was a very significant and competent justice minister.

Mr Noonan said he stood up to the IRA and secured the future of the State at a very tricky time in Irish politics.

He said Mr O'Malley was described as a mould-breaking politician and he did certainly break the mould in Fianna Fáil.

Speaking on RTÉ's Today with Claire Byrne, he said Mr O’Malley was an "honourable" man, who he was happy to work with.

He said he "admired his bravery" to "stand out at the time in Fianna Fáil".

"I only realised in the early 90s how difficult that was. It was even more difficult in the mid-80s to do what Des O’Malley did", Mr Dempsey said.

"Des O'Malley had a willingness to take a broader picture and make decisions in the national interest."

In Limerick, the tricolour is flying at half mast on Merchant's Quay, the council's corporate headquarters.

The Mayor of the City and County of Limerick announced that an online Book of Condolences has been opened in memory of Mr O'Malley. 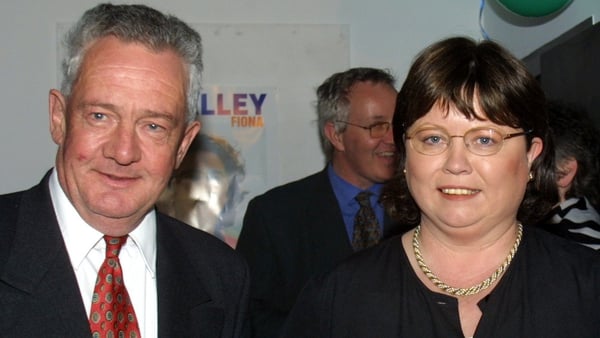