The Minister with responsibility for ending direct provision will meet with city and county managers this week, to discuss the availability of services for international protection applicants.

As part of the plan to end the system, local authorities will play a role in locating housing which Minister Roderic O'Gorman's Department aims to start buying and repurposing this year.

Under the International Protection Support Service announced earlier this year, people who are applying for protection will be helped to integrate into Ireland from day one, with health, housing, education, and employment supports at the core of the system.

After their first four months in Ireland, people whose protection claims are still being processed will move to accommodation in the community. This will be own-door or own-room accommodation, for which they will pay a means-tested rent.

Minister O'Gorman addressed an online briefing on the Government's White Paper to end Direct Provision by 2024.

Asked if the provision of own-door housing could be politically controversial, the Minister said the measures were in the context of wider measures by the Government to address the housing crisis.

He said it was not "a competition of provision" between his Department and the Department of Housing.

"One of the reasons my Department is leading out on accommodation is to ensure that the Department of Housing can continue in its central role to provide social housing, while my Department will deliver housing for international protection applicants", he said.

He said estimations showed that a "raw number" of houses and apartments would be required to end direct provision, which he said was "not huge" in terms of the entire housing needs in the country.

"It will be specific to needs of a population, people will be moving through this accommodation and on to local authority housing lists", he said

It was also confirmed that the Health Information and Quality Authority will begin inspecting direct provision centres in the coming months.

The Minister acknowledged it had taken longer to establish the inspections than he would have liked and while there was agreement in principal, they were subject to memorandums of understanding.

"When HIQA is doing that (inspecting) for Direct Provision, I think it will give everyone more confidence. We hope to have those memorandums of understanding fully locked down in the coming months", he said.

The briefing on the Government's White Paper to end Direct Provision was held by the Children's Rights Alliance, whose Chief Executive Tanya Ward described the HIQA inspections as "a game changer".

A number of contributors, including Ms Ward, referenced a recent report by the Children's Ombudsman Niall Muldoon which criticised a number of failings in relation to the protection of children living in direct provision.

She pointed out that it was difficult for anyone to sustain a complaint to the Ombudsman but she said it was even more difficult for those applying for asylum.

Ms Ward also pointed out that often, they will not make a complaint in case it impacted on their application.

Tusla's Director of Services and Integration said if the White Paper on Direct Provision is delivered, it will be transforamtive for families.

Kate Duggan stressed the importance of agencies working together to implement the plan and for funding to be in place to deliver it.

She said most children living in direct provision were well supported and loved.

Ms Duggan there were no child protection concerns, but by the nature of where the children were living, there were welfare concerns.

The Irish Refugee Council highlighted the impact on a number of families.

The managing solicitor of the Council's Independent Law Centre Katie Mannion said one baby confined to a hotel from birth, failed to gain weight because it was living in a hotel.

After two weeks of living in self catering accommodation, the child began to gain weight because its mother was no longer reliant on hotel facilities.

John Lannon, who is the CEO of Doras welcomed that discussion no longer centred on "reform" of the direct provision system.

"Finally, we've an acknowledgement, an admission that it's not fit for purpose, it's going to be replaced," he said. 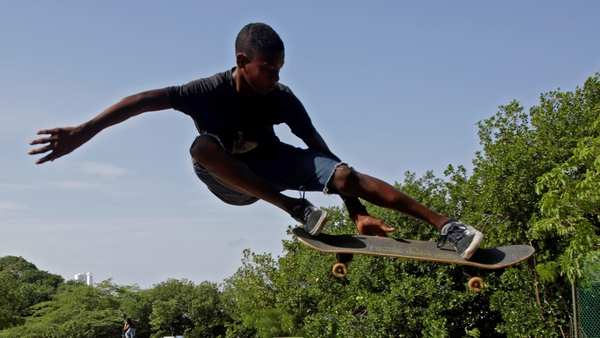