The Rehab Group has rejected claims by SIPTU that it was pressurising vulnerable workers in a Limerick subsidiary by threatening to withhold certain redundancy payments unless they sign away their right to a Labour Court hearing in pursuit of disputed entitlements.

The dispute involves 37 employees with varying levels of disability at the Rehab Enterprises logistics operation in Raheen in Limerick, who learned earlier this year that the business would be closing.

Most earn the minimum wage of €10.20 per hour, 75% of which is subsidised by the State under the long-standing Disability Wage Subsidy Scheme.

Under a previous collective agreement, redundant workers in Rehab were entitled to a package of two weeks statutory redundancy plus four weeks ex gratia pay, with no cap on the final amount.

However, earlier this year staff learned that the Rehab Group board unilaterally cut the terms to just two weeks statutory and two weeks ex gratia per year of service capped at one year's salary.

Negotiations at the Workplace Relations Commission failed to resolve the dispute, and a Labour Court hearing is scheduled for next Tuesday.

However, two days ago, management wrote to staff confirming that their employment will end on Good Friday, and outlining their redundancy entitlements based on the reduced, capped offer.

The company also warned that unless the staff signed a waiver of their right to take future claims, the two weeks of ex gratia redundancy encompassed in the already reduced offer would be in jeopardy.

"Owing to the fact that the ex gratia payment is being offered to you over and above your statutory entitlements, that payment is offered subject to you agreeing to and signing this letter, waiving any future claims against the company as a result of your redundancy," the letter states.

Some of the workers expressed shock and disbelief at the decision.

Gerry Spillane has worked at the facility for 40 years. He said that he was shocked and angry at the decision.

"I have worked here for 40 years, they are not just my work colleagues, they are my friends. What are we going to do now", Mr Spillane asked. 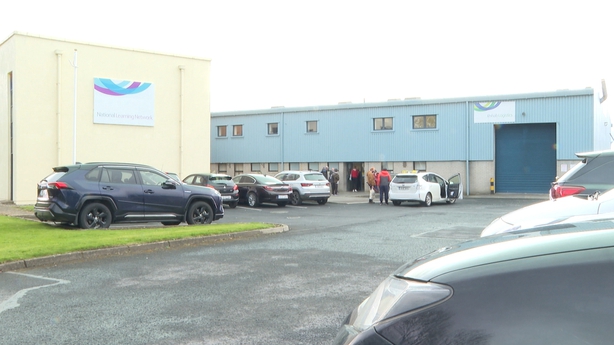 SIPTU argues that if the workers sign this waiver, they will have to abandon the scheduled Labour Court  claim for redundancy payments based on the more advantageous, earlier package.

Divisional Organiser Greg Ennis said: "What's happening at Rehab Enterprises in Limerick is beneath contempt, wherein the most vulnerable of workers are practically being blackmailed in to the non pursuance of their rights to have their collective agreement on redundancy vindicated by the Labour Court.

"Coming from an organisation which receives significant financial support in the millions from the taxpayer on an annual basis is shocking, reprehensible and unbecoming of any organisation which purports to assist workers challenged by disability", he continued.

However, a Rehab spokesperson described the clause in the letter as standard and said it "is used in all circumstances relating to redundancies whereby additional amounts are paid."

She confirmed that the additional ex gratia will be paid "regardless of whether employees signed a letter or not."

"The company accepts that employees did not wish to sign any correspondence and they were advised on the day that they would be paid regardless."

It is understood that the letters to staff are being reissued without the controversial clause.

The spokesperson also said that Tuesday's Labour Court hearing does not relate to the Limerick site, adding that Rehab is still awaiting a hearing date to address the issues.

She defended Rehab's record in supporting the Enterprise Raheen employees, adding that it would work collaboratively for a viable outcome for them.

Local representatives have also criticised the redundancy package being offered to the workers.

Labour Councillor on Limerick City and County Council, Conor Sheehan, said that the offer is an insult to the workers who have worked at the company for years. He said that it would have been preferable if the jobs had been saved.

Mr Sheehan appealed to the Minister for Social Protection and the Táiniste to intervene on behalf of the workers.

"I think what the workers are being offered is a disgrace. We are talking here about people with disabilities, people whose jobs were subsidises by the state, and I think that the very least that the workers deserve is a redundancy package that is fair and one that they have earned," he said.