This extract from an intercepted letter written by Charles Schultze - one of the approximately 1500 ex-British army officers who joined the RIC Auxiliary Division - gives a remarkable insight into the make-up of what was effectively a paramilitary strikeforce introduced when the RIC could no longer cope with the scale of guerrilla warfare sweeping Ireland and Munster in particular.

The Auxiliary Division had been created to meet fire with fire. Many of its members had served in World War I and returned to a Britain that had a much-depleted army and offered a bleak future to career soldiers. Some of them, despite decorations and medals, were destitute.

The Auxiliary Division offered recruits pay of £1 per day. RIC men were paid half that rate. It was an attractive option - for some the only one they had. The problem, however, was that they were soldiers and not policemen. In the case of the Auxiliaries the roles were conflated, with disastrous results. Their role had little to do with conventional policing. 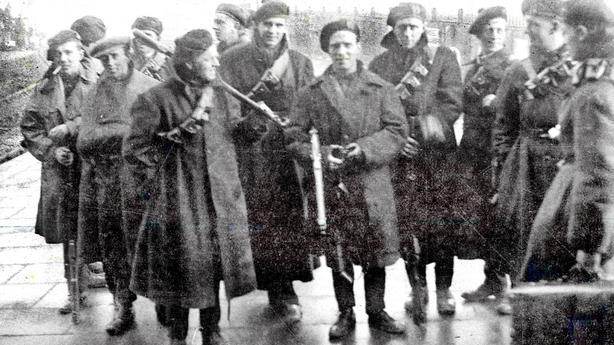 Poor discipline and an ethos of treating almost everyone they encountered as the enemy became their hallmark.

One divisional RIC Auxiliary commander, Lieutenant Colonel Gerald Smyth, made the following chilling remarks to his men in Kerry:

"You may make mistakes and innocent persons may be shot but that cannot be helped and you are bound to get the right parties some time. The more you shoot, the better I will like you, and I assure you no policeman will get into trouble for shooting any man.'"

A month later, Smyth was relaxing at the Cork Conservative Club when he was shot dead in his chair by an IRA hit squad.

By late 1920, the RIC had lost its ability to police. After the sustained campaign of IRA attacks, it had retreated from the countryside into larger towns and cities and into more fortified barracks. But the attacks continued with a predictable rhythm. 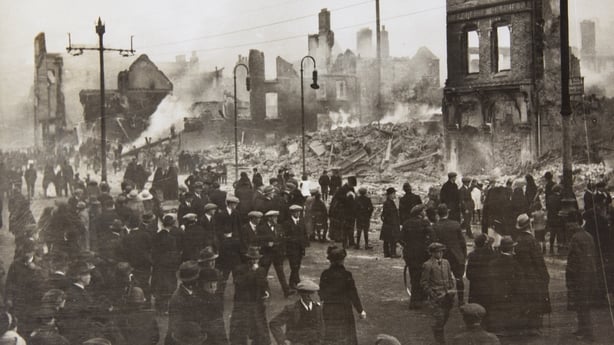 IRA attacks on the RIC, the Black and Tans (the first group sent from Britain to supplement the RIC) and the Auxiliary Division were followed by reprisal attacks. Balbriggan in Co Dublin and Fermoy in Cork had, for example, been sacked. In Balbriggan, houses factories and pubs were destroyed after the killing of two policemen.

By winter, raids and gunfire were almost a nightly occurrence in many parts of the country, but especially in Cork, where the IRA had a formidably organised and efficient structure.

After the death of Terence MacSwiney, Cork’s second Republican Lord Mayor, on hunger strike, 14 RIC constables were killed by the IRA.

Their attacks on the police and military did not go unanswered and so the tit-for-tat killings continued. 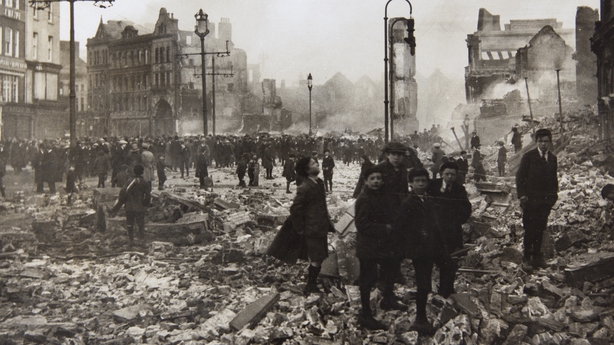 Small wonder perhaps that yet another ambush - this time on an Auxiliary patrol at Dillon’s Cross in Cork city on the night of 11 December 1920 - was a tipping point that would lead to the destruction of the commercial heart of the city. Houses were first set ablaze in the Dillon’s Cross area, but that was not to be the end of the arson that night.

"The burning and sacking of Cork followed immediately on the ambush of our men. Very naturally the rest of the company were enraged. The houses in the vicinity of the ambush were set alight and from there the various parties set out on their mission of destruction. Many who witnessed similar scenes in France and Flanders say that nothing they experienced was comparable to the punishment meted out in Cork," Schulze also wrote.

Auxiliaries descended on the city, looting shops and then setting them alight. Wine and spirits, jewellry and clothes were carted away, often from shops seen as traditionally unionist and from which Union Jacks flew.

As the night wore on, there was more looting of wine and spirits shops and drunkenness was commonplace.

Whatever semblance of discipline that may have previously existed in the ranks of K Company of the Auxiliaries well and truly evaporated that night. 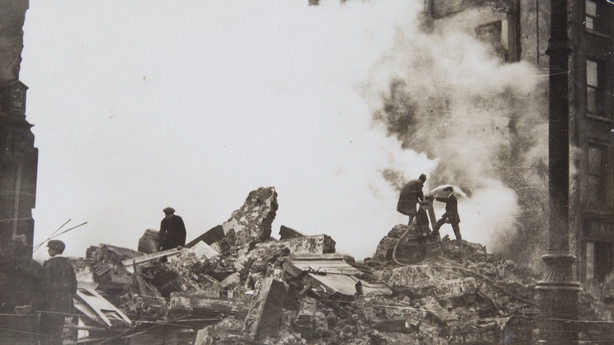 When the primitively-equipped fire brigade, with its horse drawn tenders arrived, their hoses were cut and shots were fired at them. Three firemen were wounded. As the night wore on, there was more looting of wine and Alfred Hutson, then in his 70s, and his men from the Cork fire brigade had little hope of trying to contain the fires with their horse-drawn tenders.

Whether the looting or the arson were the primary objective remains open to question but by the next day five acres of Cork city’s commercial centre had been destroyed. So too had the Republican-held City Hall across the Lee and the city’s only free library, paid for by Scottish philanthropist Andrew Carnegie.

Thousands of jobs were instantly lost and damage estimated at about €60 million in today’s value had been caused. Remarkably, no one was killed directly in the fires, despite the fact that many apprentices and shop staff lived over the premises burned.

The city was left desolate and its population bewildered. A new kind of warfare had arrived on their streets.

Initiallly, Cork Corporation was held responsible for the compensation of home and business owners, although the British government would later agree to pay. 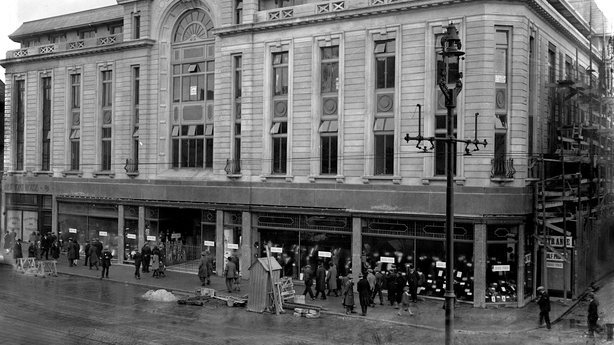 Some businesses re-opened shortly after the fires, establishing temporary huts to preserve their property boundaries. William Roche, of Roche’s Stores, held a fire sale, before acquiring adjacent property to realise his dream of a bigger and grander store than the one he lost.

A subsequent military inquiry into the burning was suppressed. However, an inquiry by the Labour Party and trade unions laid the blame at the door of the RIC and others.

K Company of the Auxiliary Division was disbanded and members re-deployed. Within weeks of the burning of Cork, some members of that company were active again in west Cork, where the mayhem continued.

By the end of 1920 - after the Restoration of Order Act and martial law had taken effect - violence increased even further and so did the brutality on both sides.

In the period between 1917 and 1921, the War of Independence claimed over 2,000 lives. Half of those killed were in Munster.