Ryanair has informed its staff in Cork and Shannon that it intends to close both bases for the winter, unless the Government relaxes its quarantine restrictions on passengers flying into this country.

This would affect 130 staff directly employed by the airline at the two airports, 35 pilots and 95 cabin crew.

Staff employed by other companies contracted to Ryanair would also be affected.

In a letter addressed to staff in Cork and Shannon this afternoon, Ryanair Chief Executive Eddie Wilson blamed the decision on what he described as the Government's mismanagement of the Green List for travel.

Mr Wilson said the Green List was forcing passengers from countries with lower Covid-19 rates than Ireland to quarantine for a fortnight.

Mr Wilson said the decision may be reversed before the winter, if the Green List is updated.

However, he said if it is not changed the reopening of both bases next March will be in question.

The letter states that all pilots and cabin crew would be placed on unpaid leave from the end of October. It adds that they may be able to access Government support schemes.

It adds that Ryanair will continue to operate flights into Shannon and Cork from bases elsewhere, such as Manchester, London and Liverpool, but says the frequency of these flights will be "significantly reduced".

When asked about the letter, a spokesperson for Ryanair said: "We don't comment on internal communication with our people".

Here's the letter from #Ryanair CEO Eddie Wilson to the 130 staff in #Cork and #Shannon about the company’s decision to close both bases for the winter, unless government quarantine restrictions on passengers are relaxed. All staff are to go on unpaid leave from October. @rtenews pic.twitter.com/cIwZ6hiRIT

To put the impact of Ryanair's decision on Cork and Shannon into context, the airline accounted for 80% of all traffic through Cork Airport in August and, it is understood, an even higher proportion of total traffic through Shannon, perhaps even in excess of 90% there.

Ryanair flies 23 destinations from Cork and 13 from Shannon.

RTÉ News understands that Ryanair flights to and from both bases are currently operating at around 30% capacity, compared with around 80% capacity during corresponding, pre-Covid times.

Yesterday Tánaiste Leo Varadkar said the Green List will not be updated until the publication of the medium-term roadmap on dealing with Covid-19 later this month.

The countries currently on the list, which was published in July, are Estonia, Finland, Greece, Greenland, Hungary, Italy, Latvia, Lithuania, Norway and Slovakia.

People returning from these countries do not have to restrict their movements for a 14-day period.

The list was to be reviewed on a fortnightly basis, but only one set of changes have been made to date.

The National Public Health Emergency Team advice remains against all non-essential foreign travel, regardless of whether a country is on the Green List or not.

A Sinn Féin TD has said that airlines should not use the threat of job losses as a "weapon in their battles with the Government".

However, party transport spokesperson Darren O'Rourke said that the Government's inaction is "certainly contributing to this escalation", adding they need to act before jobs are permanently lost. 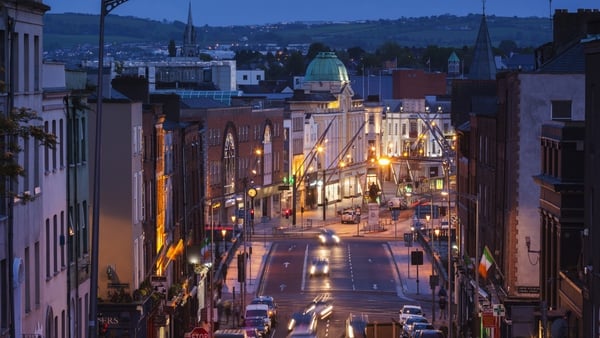