The leader of the Green Party Eamon Ryan TD will hold a meeting with the leaders of Fine Gael and Fianna Fáil tomorrow morning.

However, the Chairperson of the Young Greens has said he has been contacted by a number of members and branches who are disappointed at the parliamentary party's decision to enter formal government formation negotiations.

Gavin Nugent said that Fine Gael's and Fianna Fáil's track record on a number of issues that are important to the Green Party "doesn't fill us with confidence".

He said the Green Party campaigned against their policy approaches in the general election.

"We are starting at a place where we have very little trust in them," Mr Nugent added.

He said these issues included, in addition to the climate crisis, third level funding, health and homelessness.

Mr Nugent told RTÉ's Morning Ireland that Young Greens have been supportive of the parliamentary party's approach to these talks and sought clarity with 17 queries that were sent to Fine Gael and Fianna Fáil.

However, he added, the responses were not strong enough for the Young Greens to overcome the lack of trust.

He said the climate crisis is urgent and enduring and this is not about "the next ten years".

Mr Nugent said there are concerns that unless the radical action that is needed is implemented, then it will all have been for nothing and the movement will have been "sent back by another decade".

He said that it would be a significant hurdle for the party to get the two thirds' support that it needs in order for any deal to be reached.

The decision by Green TDs to enter government formation talks was a majority rather than unanimous one, underlining the divisions within the wider party membership.

Long time climate action campaigner Oisín Coghlan and climate writer John Gibbons have argued the Greens simply have to be in a coalition to implement urgent policies.

Green TD for Fingal Joe O'Brien has said this was not a fait accompli and that Green negotiators would walk away if they did not get a good deal.

Early indications from a number of independent TDs is that they may still be required to provide extra insurance to any agreement between FF/FG &Greens. However several indicate they may not sign up if policies prove unpopular in rural Ireland. @rtenews 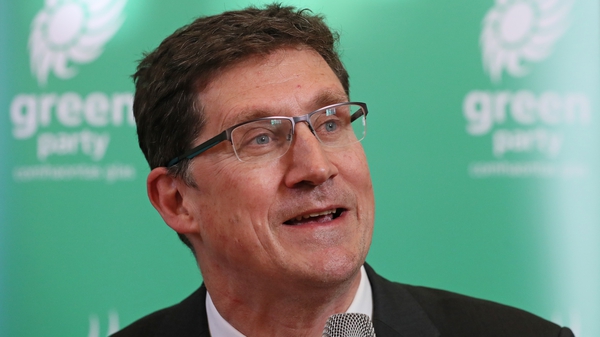