The British government is resisting a request by the European Union to open an office in Northern Ireland, following the closure of the European Commission's representation in Belfast at the end of January, RTÉ News understands.

The issue has become one of the first flashpoints between Brussels and London over the implementation of protocol, according to a number of informed sources.

The EU is insisting on maintaining an office in Belfast in order to ensure the Irish protocol is being properly implemented.

However, the UK regards the request for an EU office in Northern Ireland as contrary to the letter of the Withdrawal Agreement and tantamount to an infringement of sovereignty, RTÉ News understands.

The EU wrote to the UK several months ago to request permission to open an office in Belfast.

According to a senior source, the request was met with a flat refusal from the Permanent Secretary of the British Foreign Office.

The EU has sent a follow up letter asking the UK to reconsider the request.

The matter was raised on Monday during the first teleconference meeting of the EU-UK Joint Committee, the body set up to oversee the operation of the Brexit Withdrawal Agreement.

A UK government spokesperson said: "We received an initial request from the EU and responded to decline the proposal in February. We have since received a follow up letter to which we will respond in due course."

Following Britain's departure from the EU on January 31, the EU’s offices in Belfast, Cardiff and Edinburgh were closed.

The EU's presence in the UK was then reduced to a London-only "delegation", replacing the outgoing European Commission Representation to the UK, as well as its regional offices.

The EU's foreign policy arm, the European Union External Action Service (EEAS), which has responsibility for running EU embassies and consular services around the world, has been tasked with setting up an office in Belfast.

According to one source, the office would house EU customs and veterinary staff.

It is understood the idea was originally looked at by the EU a year ago, ahead of the original Brexit deadline of 31 March.

The issue was raised again last autumn in the run up to the revised Irish protocol being agreed by both the UK and EU.

Under the protocol, checks and controls must be carried out on goods crossing from Great Britain to Northern Ireland to ascertain whether they are at risk of entering the EU’s single market across the land border into the Republic. 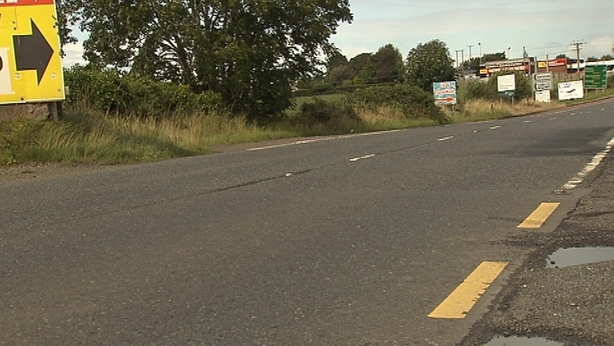 Goods deemed at risk, through a finding of the Joint Committee, will be subject to tariffs, while those deemed not at risk will avail of exemptions or rebates.

The EU wants a physical presence in Northern Ireland so it can oversee the protocol regime.

EU sources insist that article 12 of the protocol provides for Brussels to have some kind of presence on the ground in Belfast.

Sources suggest the presence would be more technical than diplomatic.

Article 12 states that the UK "shall be responsible for implementing and applying the provisions of [European] Union law" in Northern Ireland and that EU officials "shall have the right to be present during any activities" relating to the operation of checks and controls.

The article also says that the UK "shall provide, upon request, all relevant information relating to such activities…" and "shall facilitate such presence of [EU] representatives and shall provide them with the information requested".

EU officials say the logic of this is that the EU would have some kind of physical presence in Northern Ireland.

However, UK sources say the request re-opens the controversy over who would actually implement customs checks and regulatory controls on goods crossing from Britain to Northern Ireland.

UK negotiators argued this would be an infringement of UK sovereignty.

In the revised protocol agreed last October, it is clear that UK officials will carry out the checks, but EU officials will, as per Article 12, have the right to be present.

A UK source suggested the EU request amounts to "joint patrols" through the backdoor, and that an EU office in Belfast would put the process on a "permanent" footing. The UK regards the arrangement as "ad hoc", the source says.

EU officials say they understand the sensitivities around having an EU office in Belfast, given the political tension in Northern Ireland since the Brexit referendum, and given that there would not be similar offices in Edinburgh and Cardiff.

"We understand it has not been easy," says one source.

"We would like to maintain some sort of office there. It wouldn’t be diplomatic per se, it wouldn’t be to represent the EU, but to have a presence on the ground primarily for the implementation of the protocol.

"I can understand the UK’s reasoning, but it’s still not sufficient."

"It’s very politically sensitive," says a Belfast source. It is understood that neither the DUP nor Sinn Féin has an agreed position on the issue.

However, it is understood the EU will insist on some kind of presence in order to reassure member states that the protocol is being properly implemented.

There is an existing EU-related office in Belfast, the Special EU Programmes Body (SEUPB).

This was set up under the Good Friday Agreement in order to administer and disburse EU INTERREG funding, and the evolving PEACE I and II funding streams.

It will remain in Belfast despite the UK’s departure, as the EU has agreed to continue the PEACE funding streams for the time being.