Irish passengers stranded abroad due to the coronavirus pandemic have described feeling "abandoned" as they scramble to get home.

Des Glackin, a retiree from Inishowen in Donegal, was due to fly home last Saturday night from Fuerteventura via Belfast International Airport with Easyjet. He is among a group of 14 people, including six children.

One major concern Mr Glackin has is that his family and the group had been in relative isolation in a private residence in Fuerteventura, but have now been mingling with the wider public.

A number of the group are also immuno-compromised and more susceptible to infection.

Mr Glackin said that the group was sent a message saying they could rebook, but the first flight out, which was today, was booked up within minutes.

The next flight was due to be on Saturday, but he said that has now been cancelled.

The group have now rebooked to fly to Gatwick this evening, but do not yet know how they will get to Belfast.

A spokesperson for Easyjet said it was operating rescue flights from the Canaries, and anyone whose flight was cancelled would be able to book such a flight.

The spokesperson said that they were trying to identify how many people were affected, as it was a very fast-moving situation.

As soon as a flight is cancelled, the airline said it works with passengers to try to repatriate them, but it has to build flight schedules from scratch, which involves finding a slot, adding a crew, putting it on the website and only then can people book.

The spokesperson said people would not be left stranded, but added that the purpose of rescue flights was to get people back to their destination country, as they were required to do.

However, Easyjet could not guarantee this would be on the exact route they flew out on and Gatwick Airport is considered to be part of the same destination country as Belfast International.

The spokesperson said the airline would bear the cost of onward travel to Belfast from Gatwick (within reasonable parameters).

In a statement, Easyjet said: "Following restrictions implemented by the Spanish authorities, we are doing all possible to ensure those who need to travel to and from Spain including the Canary Islands for essential, work, health or repatriation reasons can do so.

"We continue to operate rescue flights which will be listed on our Latest Travel Information section of the website and customers can book onto these flights via the Manage Bookings page at easyJet.com."

Mr Glackin had concerns about the message issued by the Tánaiste and Minister for Foreign Affairs Simon Coveney at the weekend that passengers in Spain would have to travel home to Ireland before Thursday.

He said this created a sense of panic among those in Spain and the Canaries, with rumours in Fuerteventura that the airport would close.

He also said that the Department of Foreign Affairs told him they could do nothing to get the group home.

When looking at alternatives to get home, Mr Glackin was quoted flights for two passengers for just under €1700, while a flight with Ryanair for four adults and three children was €2,500.

Tonight, the Department of Foreign Affairs urged all Irish tourists in Spain to travel home by this Saturday. 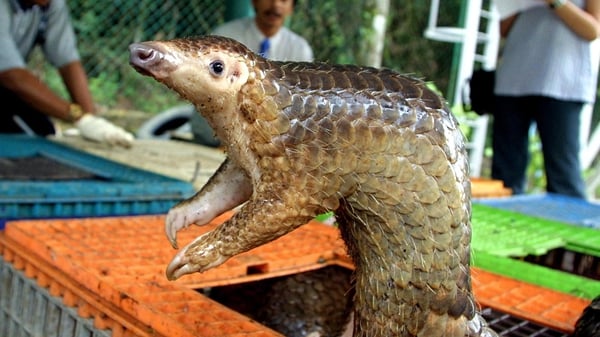