Controversial injunctions against two people who had been protesting at the C&D pet food factory in Co Longford are to be struck out at the request of the company.

C&D Foods sought the injunctions after a blockade was put in place in the plant in Edgeworthstown during the recent beef protests.

Two men, Fine Gael Cllr Paraic Brady and Colm Leonard, a local carpenter, had been the subject of the injunctions.

The company had also threatened to sue the men for damages as a result of losses incurred during the blockade.

All of the main farm organisations involved in the Government's planned Beef Market Taskforce had refused to attend a meeting of the new group until the injunctions were lifted.

Minister for Agriculture Michael Creed said the taskforce could convene as early as next week as a result of today's developments.

The minister said he welcomed the lifting of the injunctions, saying they had been a significant impediment to convening the taskforce that was established in September.

Mr Creed said the Government understands that it was a difficult time for beef farmers and he said they had been putting additional resources into the area to support farm income.

He said the Government was watching what was happening with the price of cattle in other international markets.

He said there was a pick up in price in other countries and the Government expects that will also happen in Ireland.

C & D Foods issued a statement to RTÉ News, saying representatives met the Minister for Justice, Charlie Flanagan, in relation to what it called "the intimidation and threats made against management".

The company said: "We understand and respect the right to picket and peacefully protest but there is no place for blockades, threats and intimidation of staff and suppliers.

"The Minister for Justice has assured us that the relevant authorities will act to protect our employees, our business and uphold the rule of law.

"Following these consultations and assurances we have decided to apply to strike out these injunctions." 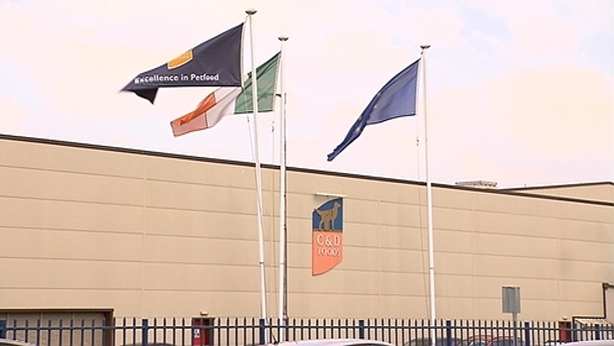 It added: "We have an obligation to protect our employees and our business. We sought and were granted Injunctions to allow our employees to return to work safely.

"We made a complaint to the gardaí following threats made against management in relation to these injunctions."

C&D Foods is owned by the ABP Group, which is controlled by Larry Goodman.

The injunctions were the focus of attention during a farmer protest and tractor blockade of parts of Dublin city earlier this week.

C&D Foods insists that it is financed and managed separately and independently from ABP and has restated today that it is not a member of Meat Industry Ireland.