Kepak has said it is "indefinitely" postponing a planned €6.5 million investment at its site in Drumquin, Co Clare as a "direct result of the ongoing illegal blockades" of meat factories by protesters.

In a statement, Kepak said the Clare facility "has to date been the most severely affected of Kepak's sites by the Beef Plan Movement's illegal blockades, with all processing suspended there effectively since 2 August".

The company has said it has laid off 1,400 staff, including all staff at Kepak Clare, due to the dispute

It claims that protesters are creating chaos in the Irish beef industry with little regard for its long-term future.

Kepak said that Irish beef prices are on a par with the main EU markets and the solution to these weak market prices is an EU-wide challenge, which will not be resolved by blockades of Irish meat processors.

The announcement comes after ABP confirmed this morning that 355 workers have been let go temporarily from its plant at Cahir, Co Tipperary.

The plant is a flagship facility for ABP, employing 650 people. It processes cattle and produces and packs products for retailers.

The company said: "A further 182 jobs are threatened before the end of the week."

ABP has been blockaded for a number of weeks and some local negotiations had been taking place with protesters during that period.

It said production has ceased in Cahir, adding that the job losses are "as a direct result of the ongoing illegal blockade. The protesters have stopped any product going in to or leaving the site".

ABP said it was dismayed that the blockade of its plant was continuing even after agreement with the main farming organisations to resolve the dispute was reached.

As a small group of farmers maintained the blockade outside the ABP plant, trucks that arrived today were prevented from entering.

A number of gardaí are also on site keeping watch on events.

Farmers at the Cahir plant say the dispute can be solved if what they describe as the "beef cartels" better their prices to farmers and lessen their own profits even a small bit. 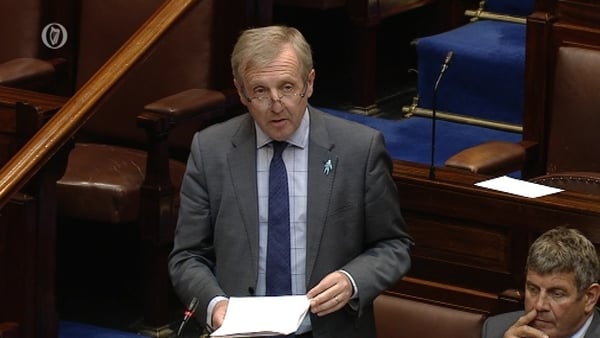 Minister warns beef sector is 'hanging in the balance'