President Michael D Higgins has said that the beef talks agreement is "well worth building on and supporting".

Speaking on the first day of the National Ploughing Championships in Fenagh, Co Carlow, Mr Higgins said that the agreement may not have delivered everything everyone wants but he said "it is an achievement in itself".

President Higgins said he understood that people protesting were concerned about their incomes, but he said so too are the people working in factories.

President Higgins also said that the "firing of blame in all directions" was not helpful and he said "we should really just move on now".

The three-day event was officially opened by President Higgins this morning.

It is the biggest outdoor event in Europe with around 250,000 visitors expected at the site in Ballintrane over the next few days.

Earlier, a group of farmers confronted officials from Bord Bia at the event.

A number of people questioned the officials over Irish meat being processed in the UK before being returned to Ireland for sale, and accused them of not supporting Irish farmers.

The practice is fully audited and allowed under legislation.

The Bord Bia stand was locked down during the incident and security was placed outside.

Two senior officials from Bord Bia spent time speaking with the farmers, during which one man shouted "you're a disgrace".

The championship takes place as blockades of meat plants continue and the agriculture sector braces itself for the impact of Brexit.

President Michael D Higgins has said that the beef talks agreement is "well worth building on and supporting" https://t.co/f26ytmZOnH pic.twitter.com/5rL3jf0aMI

Travelling to the ploughing? What you need to know
Beef dispute leads to 355 further temporary lay-offs

The Managing Director of the National Ploughing Championships said while she sympathises with beef farmers, the best place to reach agreement was "around the table".

Anna May McHugh said "we all have to make a living" and hoped a deal could be reached.

"We all have to make a living and the beef farmer wants a good price for his produce, for his livestock. Really, I hope that they will come to a satisfactory conclusion with the Minister for Agriculture. You will not solve problems parading and protesting. Around the table is the place to come to a final agreement," she said.

She said the Beef Plan Movement had been offered a forum at the championships in Co Carlow and it is taking up a stand.

The trade stands are the big attraction at the event, but a 200-acre ploughing site is where the actual competition takes place.

Last night, Minister for Agriculture Michael Creed wrote an open letter to farmers and appealed to them to study the weekend beef talks agreement.

He urged them to give the deal a chance and told protesters the future of the Irish beef sector was in their hands, saying "please don't be responsible for its destruction". 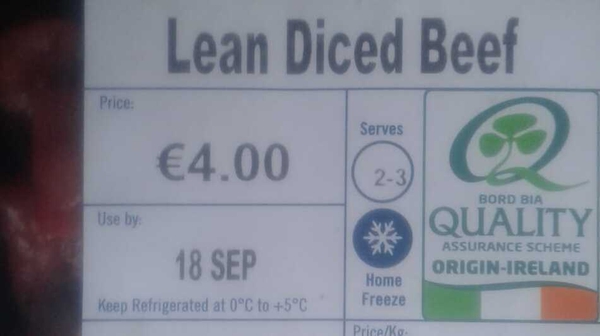