Nuance, that grey area between black and white, is how most political problems are solved. Trouble often emerges when a player constantly pursues a winner-takes-all approach.

It may work once. It may work several times. But take John Bolton, Dominic Cummings or Donald Trump - the gambler who relentlessly follows a winner-takes-all approach occasionally comes a cropper. And when that happens the result is far from pretty.

When on form, the DUP are pragmatists. The same applies to Fianna Fáil, Fine Gael, the Green Party, Labour, Sinn Féin. Pragmatism brought Labour under Tony Blair into government. It is at the heart of One Nation Conservatism.

Absolutism is such a dangerous condition. Ask Icarus.

What's happening in the Brexit drama at the moment is the British government, under Boris Johnson, is belatedly exploring if a pragmatic solution might work better for most.

If properly designed, it just might provide a more elegant formula than putting the foot to the floor in the bus and heading for the cliff in the forlorn hope that it might take off and fly.

My colleague, Robert Shortt, yesterday reported how duty-free shopping would return for UK shoppers travelling to the EU from the UK in the event of a no-deal Brexit. 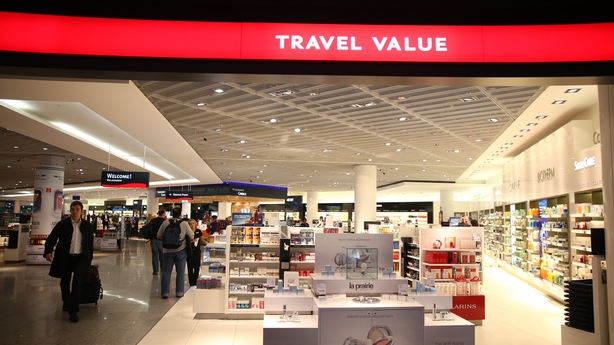 This announcement was made by British Chancellor of the Exchequer Sajid Javid. He said it would be a bonus for British travellers on their well-deserved holidays, as it would allow their hard-earned cash to go further.

Mr Javid was pleased with himself to be making the announcement, 'backing British travellers’ as he saw it. Given the fact that sterling has dropped 20% plus in value against the euro, he is, understandably, a politician keen to latch onto a good news story.

But did he forget about one potentially negative element of the return of duty-free shopping? Did he work out some of the possible downsides for the distant cousins in Northern Ireland?

Here’s the situation he is creating for the 1.8 million citizens of Northern Ireland. Take a plane from Aldergrove Airport, Belfast City Airport of City of Derry Airport to London, Glasgow, Birmingham or any UK destination and it is an internal UK flight, so no Sajid Javid-blessed duty-free allowance. 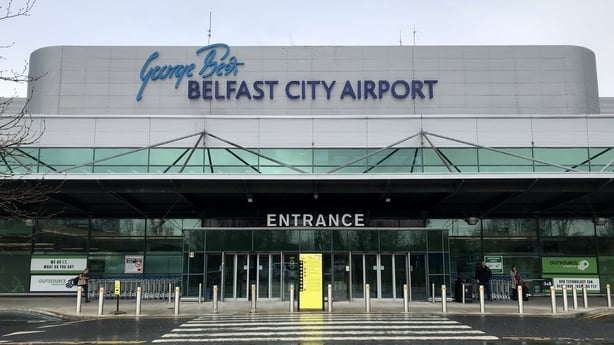 Travel from Dublin, Cork, Shannon, Knock or Donegal to those same UK destinations and, thanks to Mr Javid, the duty-free allowances apply.

Mr Javid has promised the same duty-free provisions will apply from ports. So, travellers from Larne to Stranraer won’t qualify for the new duty-free conditions, as it is internal UK travel. But Dublin to Holyhead passengers will be entitled to the new allowances.

Similar conditions will apply to travellers in the opposite direction. Any passenger from the neighbouring island won’t be entitled to duty-free allowances when heading to a Northern Ireland destination. But if they are travelling to the Republic of Ireland, they can make duty-free purchases.

The management of Ireland’s ports and airports must be rubbing their hands at the prospects. Of the 31 million passengers using Dublin Airport each year, around one third of them are involved in UK journeys.

The DUP and other Northern Ireland parties will quickly see the potential negative consequences.

In the past after the UK government introduced a passenger tax on travellers using UK airports, the DUP sought exemptions for Northern Ireland because it could see the numbers of passengers voting with their feet and heading to Dublin Airport instead of Aldergrove or Belfast City.

(Nothing to do with constitutional issues or wanting a border in the Irish Sea, the DUP argued. Just recognition of Northern Ireland's special position.)

Canny bus companies spotted the market opportunities for Northern Ireland links to Dublin Airport. There is now an excellent cost-effective bus service from north of the border to Dublin. 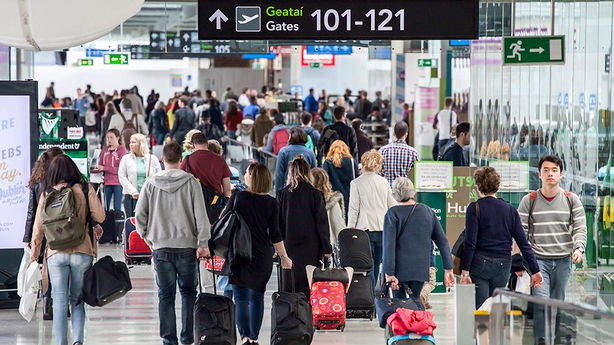 If the Javid plans go ahead, the duty-free factor will be an additional incentive for the Republic of Ireland, increasing the challenge for Northern Ireland's ports and airports.

The Javid proposals could be a potential upside for Northern Ireland operators. Passengers from mainland European countries, as opposed to Republic of Ireland destinations, would be covered by the Javid provisions.

The first beneficiaries of any purchases would be the airport shops at the mainland Europe end. The visitors would have the option of shopping after check-in at Northern Ireland airports for the flight home.

But on balance, if Sajid Javid receives champagne and a Thank You note in the post this week, the mail might have a Dublin postmark.

No change to Covid-19 restrictions in Northern Ireland