Sport Ireland has told the FAI that they do not believe any of the existing board should go forward for the new board, while also expressing their disapproval with Noel Mooney's appointment as general manager.

Treacy also revealed that "UEFA is funding the FAI" and the governing body for soccer in Ireland may require a bailout from UEFA to overcome their cash flow problems.

"We are of the view that nobody from the board should go forward for the new board. We met the FAI on Friday and we articulated very clearly that it would be better/very important that nobody would go forward, and that every position would run for election," Treacy told representatives at Wednesday's committee meeting.

"In terms of public trust, it did not fulfil that criteria. Noel Mooney has his assets he can deliver for the FAI but the FAI needed someone with a profile, someone with independence, where people will look and say 'that's a great move'.

Chairman of Sport Ireland Kieran Mulvey reiterated this stance, saying Sport Ireland has "no difficulty" with Minister for Sport Shane Ross's statement regarding the position of the president of the FAI. 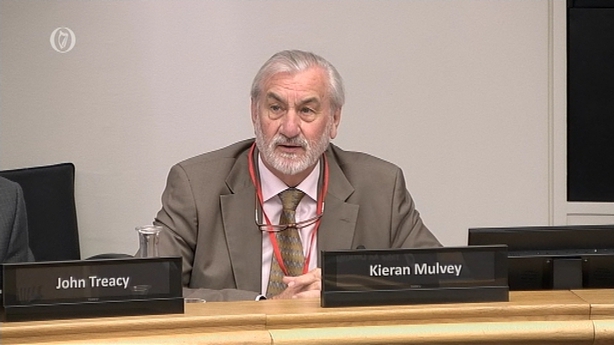 Sport Ireland are withholding state funding from the FAI until they adopt the reform measures as laid out by the Governance Review Group. The Association are to vote on these recommendations at their AGM on 27 July, which follows an EGM this Saturday necessary to implement rule changes ahead of the general meeting.

The make-up of the new board and council are among the key recommendations of the GRG.

Mr Mulvey said Sport Ireland, which oversees and partly funds the development of sport, also agreed with the minister's views that there should be a quorum of six at board meetings.

Chair of the Governance Review Group Aidan Horan said while the FAI's constitution refers to a quorum of two, the revised rule book takes precedence.

Treacy also expressed reservations with the appointment of Mooney as general manager, as the de facto replacement for John Delaney, the former chief executive who stepped aside into an executive vice president role in the wake of reports he had loaned the association €100,000.

"These are the things the FAI needed to put in place all at one and that was a missed opportunity. And we are disappointed there is no election."

Earlier, the Chair of the Sports Committee called for a proper clear out of the FAI board.

Fergus O'Dowd said the FAI needs the best international CEO to be put in place as soon as possible to run the organisation.

Speaking on RTÉ's Today with Sean O'Rourke, he said: "My view has been exceptionally clear from the very beginning - that Mr Conway and all of the old board should resign and should not participate in the future FAI organisation.

"That's my personal view, it's the view, I believe, of most members of my committee. It's almost universally held."

The Fine Gael TD for Louth also said he was contacted by the FAI, last Sunday afternoon, on behalf of FAI president Donal Conway - offering to brief him privately about the views of the FAI on the Governance Report and issues which were in the media at that time.

However, Mr O'Dowd  said he turned down the offer because he thought it hugely important for the credibility of the Oireachtas and the committee that all its business is done in public - and if he was being briefed, particularly on such a hugely important matter - then the committee should be briefed as well.

He said it was put to him that the FAI might come for a private briefing to the whole committee but he said "no it must be in public".

Mr O'Dowd also said the FAI must reverse the ban on journalists attending its EGM this Sunday.

He said this was wrong and that more transparency and accountability was needed, not less.

Members of Sport Ireland are appearing before the Oireachtas Committee on Sport regarding the governance review of the FAI.

Yesterday, it emerged that the Minister for Sport, Shane Ross, had written to the FAI President, Donal Conway, to ask him to withdraw his nomination for re-election to the role at the forthcoming AGM.

Mr Ross also claimed that some amendments being proposed at the upcoming Emergency General Meeting of the Association that are aimed at having better governance "beggars belief", particularly a proposal to reduce the quorum of the FAI board from six members to two.

However, the FAI said that was not be the case, and that the quorum would still be six.

Mr O'Dowd said he was contacted by the FAI last Sunday afternoon on behalf of the Association's President Donal Conway offering to brief him privately about the views of the FAI on the Governance Report and issues which were in the media at that time. 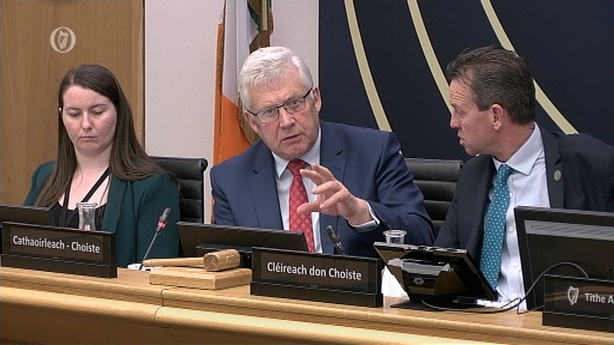 Mr O'Dowd said he did consider that offer but turned it down on the basis that any issue in relation to Mr Conway and the FAI should and must be discussed with all of the committeee in a public forum.

"And that was the offer I made back to them. I offered them to attend today, if they wished, tomorrow - Friday - whenever they want to come in, preferably before the AGM to clear the air and if not, after the AGM.

"And I received a letter last night saying that Mr Conway and the FAI will attend after the AGM, so that's where the matter is right now".

Mr O'Dowd said he had turned down the opportunity for a private briefing because he thought it hugely important for the credibility of the Oireachtas and the committee that all its business is done in public and if he was being briefed, particularly on such a hugely important matter as this, then the committee should be briefed as well.

He said it was put to him that they might come for a private briefing to the whole committee but he said "No, it must be in public".

"Because what is at the heart of all this - penalty shoot-out and rows - whatever you might call it - is the funding for youth soccer, at this moment in time is suspended, and the FAI needs urgently, and as soon as possible, the best international CEO we can get to run the organsiation ... they're the key focus for me".

Mr O'Dowd told the Oireachtas Committee that it had been contacted by the Soccer Writers' of Ireland and the Association of Sports Journalists asking them to raise as a matter of concern that they be admitted to the FAI's AGM.

Social Democrat TD Catherine Murphy also called on the committee to write to the FAI to insist that members of the organisations be admitted.

Ms Murphy expressed  concern around the stipulation that nominees for the president and vice president roles should have at least two years experience at council level of the FAI.

"That excludes the vast majority of people who have expressed an interest in this journey of reform," she said.

In response, Mr Horan said the new "expanded council" will have 78  members, and not the smaller 58 member council.

Fine Gael TD Noel Rock asked Mr Horan, "are we getting the run-around about the two people staying on at board level? Draft accounts should be furnished before an AGM which could see Donal Conway running unopposed  - particularly given Sport Ireland's position that he should step down, in agreement with the minister's position yesterday."

In his opening statement to the Committee Treacy told members that they understood the ongoing investigation into matters relating to the FAI by the Office of the Director of Corporate Enforcement (ODCE) "is serious and will be very substantial".

"The Board of Sport Ireland will continue to monitor these items as they develop and progress. A decision to restore funding will only be considered when the structures, controls and governance arrangements in place within the FAI are appropriate," Mr Treacy said. 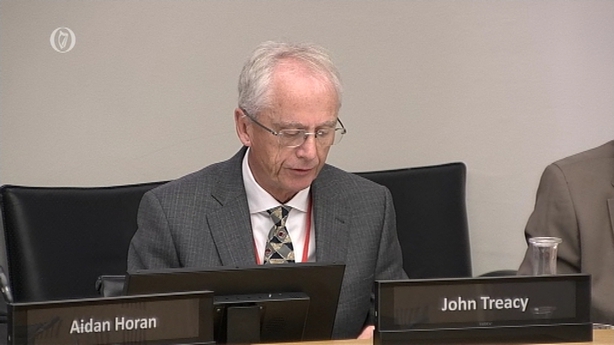