An Ulster University study has recommended that a new government department should be created in Northern Ireland to specifically deal with tackling sectarianism.

The study says ending the scourge of religious bigotry should top any future executive's priority list and must be given the same political focus as other key policy areas.

Progress can be better monitored if an accountable department takes ownership of the issue, the report said.

As well as the executive department, the academic review also proposes establishing a new civic body to help shape community efforts toward reconciliation.

The report also recommends setting up a fund to enable businesses to sponsor cross-community projects.

The study proposes the creation of a Youth Assembly to give young people a voice and says consideration should be given to lowering the voting age to 16.

The proposals will be considered at a special conference in Belfast today, which will be addressed by a range of high-profile guests, including the US diplomat that brokered the Good Friday Agreement, former senator George Mitchell.

Comedian Patrick Kielty, whose father was murdered during the Troubles, will also speak at the event.

Politicians have been invited to attend, as have church, business and community leaders. Young people from across Northern Ireland will also join the audience at the UU's Belfast campus.

The report’s author, UU professor Duncan Morrow said the recent murder of journalist Lyra McKee in Derry should focus minds on the need to act.

"The deeply tragic events of recent weeks sharpen the focus on just how dangerously close we remain to this residual threat," he said. 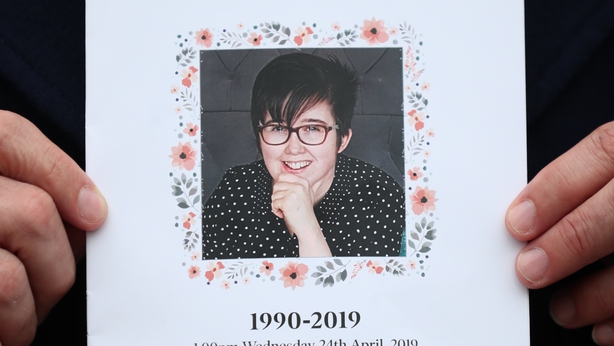 "The young people taking part reflect the hope and optimism that we all hold for Northern Ireland, but we have a duty of care and leadership to ensure that the expectation, aspiration and potential of the next and future generations is met and not stifled by sectarian polarisation.

"We hope that the review's recommendations will make possible the step change needed."

The report launch comes amid renewed efforts at Stormont to restore the power-sharing institutions after more than two years without a functioning government.