Almost all of the 33,000 electricity customers who lost power due to Storm Hannah have had their services restored.

The ESB says it crews will work tonight and from first light tomorrow morning to restore services to the 360 homes still without electricity.

The areas most affected were Clare, west and north Kerry, west Limerick and parts of Tipperary.

At the height of the storm around 33,000 homes, farms and businesses were impacted.

ESB Networks said all available resources have been mobilised to repair fallen power lines and hopes that all those affected will have their power restored by tonight.

The highest gusts recorded during the height of the storm were at Mace Head in Galway, where one was tracked at 122km/h, while gusts reached 119km/h at Shannon Airport. 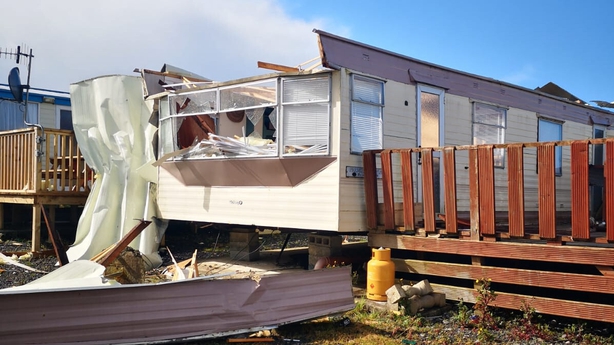 Several mobile homes were damaged by storm winds on the Loop Head Peninsula in Co Clare.

It is understood nobody was injured but a number of the mobile homes sustained serious damage. 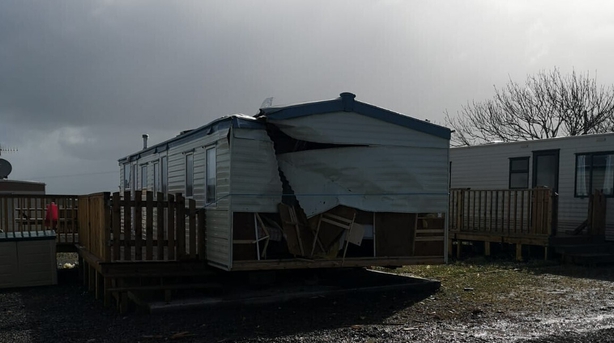 Thurles Gardaí removed a trampoline from the M8 northbound at 3 am this morning at Two Mile Borris during Storm Hannah. Some poor child is waking up this morning with no trampoline in the garden!!!! pic.twitter.com/0M8jYK1Zao

The N22 between Killarney and Cork and the N72 Killarney to Killorglin roads were among some of the main routes affected.

Kerry County Council said there were no major incidents in the wake of the storm but there are widespread reports of fallen trees and debris.

Fire services in Clare dealt with over 70 incidents during the night, including fallen trees and debris, to ensure main routes remained passable.

Gardaí said drivers of high-sided vehicles should take all necessary precautions and pay attention to the warnings.

People living near coastal, cliff and waterway areas, particularly those with children, are advised to be extra cautious considering the gusty winds forecast.