The criticism of the Atypical Working Scheme (AWS) is contained in a letter to Minister for Justice Charlie Flanagan.

It was signed by the four Special Rapporteurs of the UN Office of the High Commissioner for Human Rights dealing with migrants, racism, discrimination, slavery and human trafficking.

They come as the International Transport Workers Federation is engaged in legal proceedings seeking the suspension of the scheme until alleged flaws are addressed.

In their letter, the rapporteurs raise concerns about the AWS, which was established in 2016 in response to allegations of exploitation and trafficking of migrant fishermen, and the scheme's "alleged shortcomings according to international law standards".

The rapporteurs criticise "barriers" for non-EEA workers trying the access the scheme.

These include the short time frame for applications, a general lack of awareness of the scheme, the failure to provide information in appropriate languages, and "considerable" costs related to the required certification by a solicitor.

They highlight that once a work permit is granted, the worker may only work for that employer, "...effectively tying migrant fishermen, their livelihood and immigration status to such employer and allegedly giving excessive power to potentially abusive employers over workers".

They note that as far back as July 2017, the Council of Europe Group of Experts on Action Against Trafficking in Human Beings (GRETA) also criticised the "tied visa" locking the migrant worker into a potentially abusive employer. 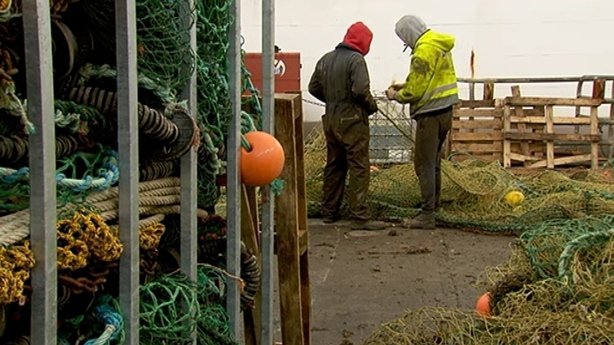 The rapporteurs go on to state: "GRETA also noted that the number of permits issued is reportedly small in relation to the total number of workers in the fisheries industry, and those without permits accept to work overtime without pay for fear of being discovered and deported from Ireland."

The Rapporteurs say they have also been informed that workers whose employers refuse to apply for the AWS scheme often have no choice but to remain undocumented, at increased risk of exploitation and deportation.

They say that migrants who choose to leave an abusive employer should not lose their residence permit, but instead should receive adequate support, including a grace period to find a new job.

The letter to Minister Flanagan also cites shortcomings in how employment rights and protections such as taxation, social insurance, and working hours are enforced in practice.

The rapporteurs cite data stating that while the standard employment contract is for 39 hours a week, 80.7% of respondents reported working more than 60 hours a week, with over 65% working over 100 hours weekly.

They also claim that underpayment is "widespread", with some migrant fishermen working under the AWS earning as little as €2.82 per hour, which is well below the legal minimum wage rate of €9.15 per hour at the time of the research, but which is now €9.80.

Four in ten reported feeling unsafe at work, with over 36% experiencing or witnessing injuries being sustained at work.

A quarter of those surveyed had experienced verbal and/or physical abuse, with one in five claiming discrimination.

The Rapporteurs state that "The AWS, as currently framed, does not provide for effectively preventing and combating trafficking in persons for the purpose of forced labour and labour exploitation in the fishing industry, nor does it provide for adequate protection of the rights of migrant fishermen."

They cite the alleged conditions of many migrant fishermen including isolation, abuse of vulnerability, physical violence, intimidation and threats, withholding of wages, abusive working and living conditions and excessive overtime.

They go on to note that these factors have been identified by the International Labour Organisation as indicators of forced labour. It raises concerns that some migrant workers in the fishing industry in Ireland may be victims of trafficking and labour exploitation.

They also express regret that the Irish Government has not yet ratified or enforced the International Labour Organisation Work in Fishing Convention of 2007.

Under their mandate from the Human Rights Council, the rapporteurs request information from Minister Flanagan on measures undertaken to ensure the AWS does not tie migrant workers to a particular employer, and to ensure victims of forced labour or exploitation are promptly identified and referred to appropriate protection services.

They ask whether any individuals in the fishing industry have already been identified and supported in such circumstances.

They also seek information on measures to ensure that "effective and independent" labour inspections take place, and that investigation and prosecution of trafficking cases for the purposes of forced labour are carried out "in an effective manner". 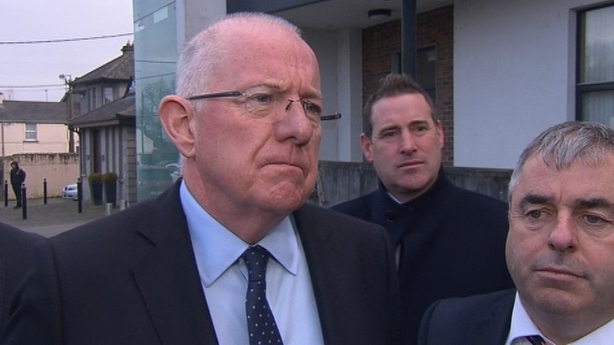 The rapporteurs also seek information on measures to introduce a "firewall" between immigration enforcement and employment inspections to ensure workers can safely and freely denounce exploitative working conditions.

They also ask how the Government ensures that the workers' voice including through representatives such as unions is taken into account.

He said the ITF had always said the AWS would only exacerbate the problem of systemic exploitation and human trafficking of foreign workers in the Irish fishing industry.

He said the UN was now joining the US State Department and the Council of Europe in what he called the "deafening chorus of criticism of the AWS," but accused the Government of refusing to listen, as Ireland's global reputation was "dragged through the mud".

Responding to the criticism from the UN Human Rights Rapporteurs, the Department of Justice said Minister Flanagan takes any allegation of exploitation very seriously, particularly from UN Special Rapporteurs.

It noted that a number of departments and agencies have responsibility in this area, and they will be examining and responding to all matters raised in the correspondence.

The Department of Justice also noted that in 2015, when concerns were raised about possible exploitation within the fishing industry, the Government had moved quickly to establish a Task Force under the chair of the Minister for Agriculture and Marine.

It said a series of 11 Memorandums of Understanding (MOU's) were put in place across Government to specifically protect this cohort of workers.

It said the introduction of the sector specific Atypical Worker Permission Scheme, as recommended by the Task Force, represented a multi-faceted approach to tackling exploitation in the fishing industry through a combination of monitoring compliance and enforcement of workers' rights.

The Department of Justice added that all vessels operating under the Scheme are the subject of enforcement operations carried out by the Workplace Relations Commission (WRC).

It concluded by stating that separately, An Garda Síochána deals with potential cases of trafficking or exploitation including from within the fishing industry - and that any suspected victim of trafficking will be provided with all of the appropriate supports by the State.