Democrats have failed to secure enough votes in the US Senate to block the lifting of sanctions affecting the Aughinish Alumina plant in Co Limerick.

Last night 11 Republican senators went against their own party and sided with Democrats to allow the vote to proceed but today the motion failed to get the additional support required to advance to the next level.

In December, the US Treasury said it would end the sanctions that had been imposed on Rusal, the Russian parent company of Aughinish Alumina.

As part of the deal, Rusal agreed to reduce the ownership stake held by the oligarch Oleg Deripaska.

Aughinish Alumina employs 460 staff, 200 contractors and indirectly supports hundreds of additional jobs, but there have been fears over the future of the plant because of the sanctions.

The Irish Government has been lobbying US officials to highlight the impact on Aughinish Alumina.

Earlier this month a number of European ambassadors, including Ireland's representative in Washington Dan Mulhall, sent a letter to Congress urging members to support the lifting of sanctions.

In recent days, however, Democrats have voiced their opposition to the move, accusing the Trump administration of being soft on Russia.

The US Senate minority leader Chuck Schumer described the lifting of sanctions as a sham.

The second-ranking Democrat in the House of Representatives Steny Hoyer has called on the Treasury Secretary Steven Mnuchin to delay lifting the sanctions until 28 February to give Congress more time to review the plan.

"This is a sham. It’s a sham to do a favour not only to Deripaska, but to Putin."

Tánaiste Simon Coveney has welcomed the outcome of today's vote.

On Twitter, he said it would hopefully pave the way for sanctions affecting Aughinish Alumina to be lifted.

"We respect different views in the US on sanctions, but our focus has always been on protecting jobs and livelihoods in Ireland and the EU," he added.

I welcome outcome of tonight's vote in US Senate, which will hopefully now pave way for sanctions affecting Aughinish Alumina to be lifted. We respect different views in US on sanctions, but our focus has always been on protecting jobs and livelihoods in Ireland and EU. @dfatirl 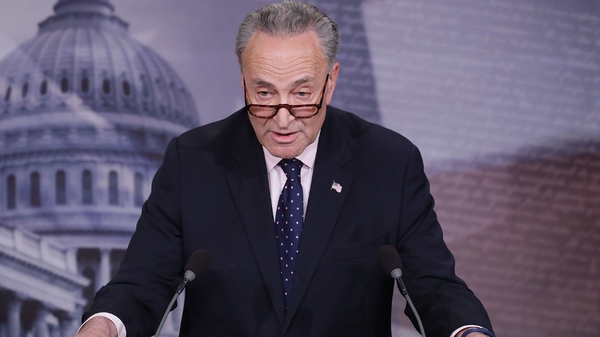