The excavation of a site at the former mother-and-baby home in Tuam in Co Galway is set to begin in the latter stages of 2019.

It is suspected that hundreds of babies are buried at the site after significant quantities of human remains were discovered there in 2016 and 2017.

In October, the Government approved the forensic excavation of the site.

Taoiseach Leo Varadkar has revealed that he expects the excavation will take place in the latter part of 2019.

"We anticipate that there'll be excavations in Tuam in the latter half of 2019, because we have to pass legislation in the Oireachtas giving us, the Government, the power to do the excavations," he said when speaking to reporters at Government Buildings during his pre-Christmas briefing.

"Because, for lots of reasons, we don't have the power to do that.

"So we'll have to pass that legislation in the New Year, and we'd envisage carrying out the first excavations in the second half of 2019.

"In the meantime though, we can start appointing the experts and the ground team who'll be doing the actual work."

Mr Varadkar said he does not believe an excavation of this size has been done before in Ireland but emphasised the Government believed it was the "right thing to do".

"We've never really done this before in Ireland, on this scale, so we've a lot to set up, [and] a lot to learn before we do it," he said.

"We're not entirely sure what we're getting into, but as a Government we're convinced this is the right thing to do, to remove the remains and to give those children a proper decent burial they didn't get."

The Tuam mother-and-baby home operated from 1925 to 1961 and was run by the Bon Secours Sisters. 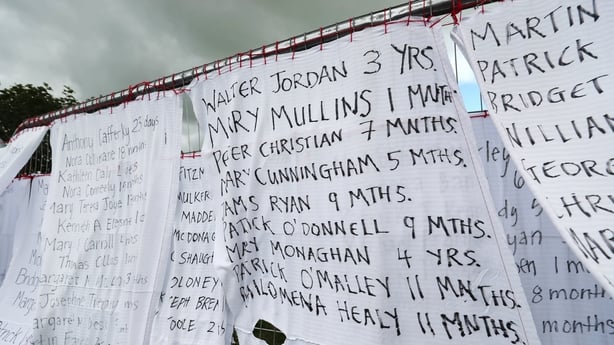 Official records show that 798 infants and children died at the home and it is believed many were buried there.

The story hit the headlines across the world when it emerged that a significant quantity of human remains were found in septic tanks.

There has been a long running campaign to secure an excavation of the site.

Tuam was one of a number of homes for unmarried mothers and their children across Ireland that were run by religious orders.

The Coalition of Mother and Baby Home Survivors estimate that around 35,000 women and girls went through nine mother-and-baby homes between 1904 and 1996.