The Government has approved the forensic excavation of the site of the former mother-and-baby home in Tuam, Co Galway.

Significant quantities of human remains were discovered at the site last year.

The Mother and Baby Homes Commission of Investigation began test excavations at the site of the children's burial ground at the Dublin Road housing estate in Tuam in October 2016. 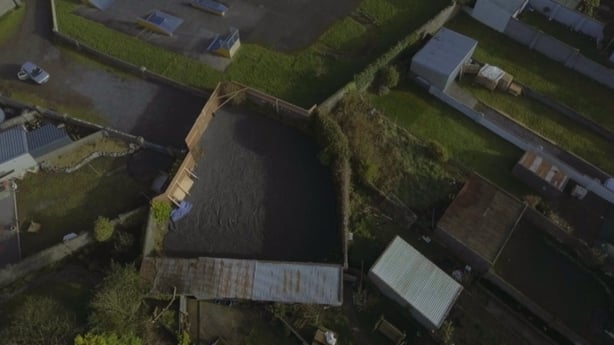 The commission said significant quantities of human remains were discovered in at least 17 of 20 underground chambers that were examined last year. 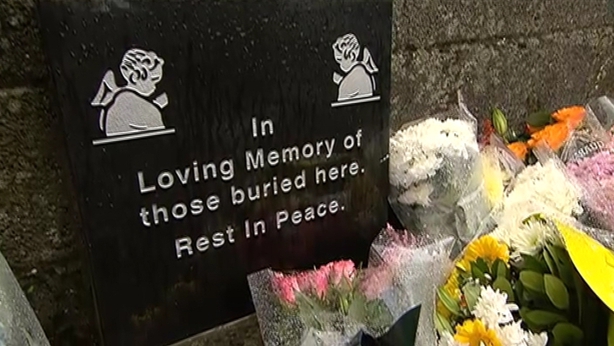 The decision today will see a number of actions undertaken including:

Announcing the decision, Minister for Children and Youth Affairs Katherine Zappone said she understood that this was a hugely important decision for all connected to the site in Tuam, especially those who believe they may have a relative buried there and those now living close to the site.

"I am committed to ensuring that all the children interred at this site can have a dignified and respectful burial."

The minister said the Bon Secours Sisters congregation, which operated the facility, has offered to pay €2.5m towards the estimated €6m-€13m cost of the excavation.

Ms Zappone said that such a task has never been undertaken or contemplated previously and she promised that every effort would be made to ensure that all juvenile remains would be recovered from the site.

She acknowledged the legal and technical challenges related to the decision, but said: "This comprehensive and scientific approach provides us with the best opportunity to address the many deeply personal questions to which former residents and their families need answers."

The Commission of Investigation is continuing its work and the facts that it establishes will further assist the work on the site in Tuam, the minister said.

Mother and Baby Home in Tuam to be excavated. Catherine Corless says closure has been achieved ⁦@rtenews⁩ #TuamBabies ⁦@TuamHome⁩ pic.twitter.com/yRCIah8ZIc

The head of the Government's expert advisory group, forensic archaeologist Niamh McCullagh, said that, on current evidence discovered by the commission, there were more than 20 remains to be recovered and perhaps more than 100.

"It's everything we had been campaigning for" - Catherine Corless reacts as the site of the former Mother and Baby Home in Tuam is to be excavated pic.twitter.com/VJlSPLtGFv

The Tuam Babies family group has welcomed the decision by the Government to allow the excavation.

In a statement, the group said: "This is an exceptionally important decision and will pave the way for all the other mother and baby homes, and the lost children of Ireland.

"We want all of the children found, if they are not in the grave, where are they? All of the children must be found and we would like to see a full excavation of the entire site as we believe there are many graves in the area, not just at the site we have all come to know.

"The lost children of Ireland deserve truth and recognition and dignity in their shameful deaths, which was no fault of their own."

The Government has been warned that any relative of a child believed to have been buried in underground chambers at Tuam’s former Mother and Baby Home could ask the High Court to decide how the remains should be dealt with.

The possibility is explored in a Government-commissioned report by Doctor Geoffrey Shannon, the Special Rapporteur on Child Protection.

The report, which ministers considered at Cabinet, also explores whether the Bon Secours Sisters may have committed a crime by not fulfilling their duty to ensure a lawful, decent and dignified burial for the children concerned. 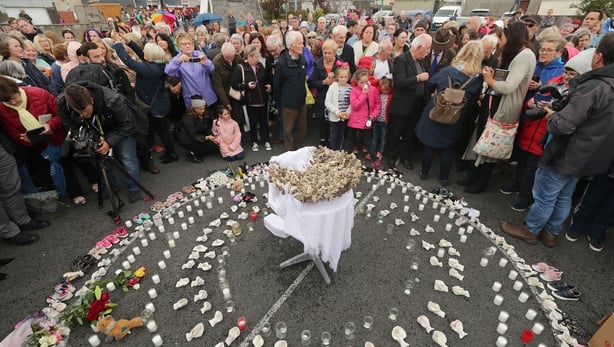 It is more than five years since local historian Catherine Corless discovered official records showing that 798 infants and children had died at the site of the mother-and-baby home in Tuam.

Ms Corless believed that most of them were buried on this site, which is partly covered by local authority housing and a playground.

A significant quantity of human remains were found in septic tanks.

The so-called Tuam Babies scandal attracted headlines around the world and led to calls for the excavation of the site and exhumation of the remains.

A silent vigil was held in Tuam in August to coincide with the visit of Pope Francis to Ireland to highlight the campaign.