Minister for Justice Charlie Flanagan has told RTÉ News that he voted against the 2004 amendment to the Constitution that removed the automatic right of all people born in Ireland to Irish citizenship.

Mr Flanagan said he voted 'No' at the time because he "felt there were issues there".

The 27th Amendment was passed by 79% of voters, which meant that children born in Ireland to non-Irish nationals were not Irish citizens.

The issue has come to prominence after it emerged this week that a nine-year-old Co Wicklow boy, Eric Zhi Ying Xue, is facing deportation to China even though he was born in Ireland and has lived here all his life. 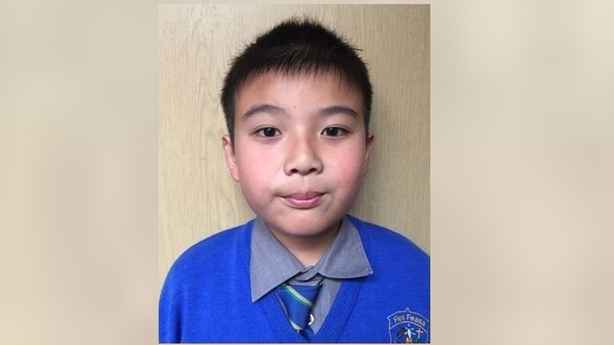 Speaking at a school in Portlaoise, Mr Flanagan said he was concerned by the humanitarian issues involved.

He said he could not comment on individual cases but was concerned to ensure there would be justice and fairness.

Mr Flanagan said he had "no immediate plans" to look again at the 27th Amendment.

He said it was an issue that had not been discussed by Government.

Although he voted against it, he said he acknowledged the will and wishes of the people in the referendum.

The Migrant Rights Centre has called for legislation to be introduced to protect children who are undocumented in Ireland and living under the threat of deportation.

The MRCI estimates that between 3,000 and 5,000 children are in this position here.