A Wicklow school at the centre of a campaign to prevent the deportation of one of its pupils has told RTÉ News that their local TD, Minister for Health Simon Harris, has contacted them and is "assisting them" in their efforts.

Nine-year-old Eric Zhi Ying Xue was born in Ireland, but he is not a citizen.

His school, St Cronan's School in Bray, believes he is facing "imminent" deportation to China, along with his mother.

The school has said it is overwhelmed by the public support it has received for a campaign to prevent the deportation.

Around 30,000 people have signed an online petition organised by St Cronan's School, since the school opened it at 3.30pm yesterday.

Eric's mother Leena Mei Mei Xue arrived in Ireland 12 years ago. Her attempts to regularise her residency failed, and a deportation order was served against her in 2015. A last appeal was rejected in June.

She presented Eric's birth certificate to immigration authorities at their request this morning and said they told her they would be preparing travel documents so that she and her son can be deported to China.

His mother said she has been asked to return to the Garda National Immigration Bureau in two weeks' time.

Eric's school has said he is neither an Irish citizen nor a Chinese citizen.

In 2004, a referendum was passed on the 27th Amendment to the Constitution, which provided that children who were born in Ireland to foreign national parents would no longer have a constitutional right to Irish citizenship.

Principal of St Cronan's, Maeve Tierney, said that the school believed that Eric should be afforded the same rights as an Irish citizen.

"He has never left this country. His entire network of friends is here," she said.

Ms Tierney said the school believed that this was a moral issue and that it would be wrong to "pluck" Eric out of his community.

Eric's teacher Niamh Corkery said that his classmates were upset and frightened by the news that he may be forced to leave the country.

Ms Corkery said she had explained what was happening to fourth class pupils this morning, but that they found it difficult to understand why Eric would be deported.

The school says it has been aware of the family's situation for two years and had been working privately during this time to support Eric.

The school added that if Eric is forced to go to China, he will have no access to China's health or education system, because he was not born in China.

St Cronan's has appealed to Minister for Justice Charlie Flanagan to revoke the deportation order made against Eric and his mother.

Meanwhile, a group of 295 Chinese parents in Ireland have also appealed to Minister Flanagan to revoke the deportation order.

They issued a statement saying that it is their belief that the Chinese education system is so different to the Irish one that it would be difficult for Eric to adjust to it.

In the statement, the group said: "Eric's community is here in Ireland, he has a loving community who's willing to fight for him to stay". 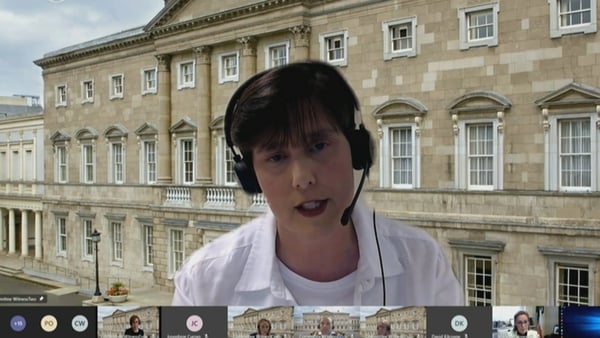