A long-term plan is needed to address the crises in the health service, Minister for Health Simon Harris has said, as an implementation strategy for the Sláintecare Plan was launched.

The strategy sets out key actions over the first three years of the plan.

The all-party ten-year Sláintecare Report was published in May last year and at the time it was costed at around €2.6bn, plus a once off capital spend of €3bn.

The Health Service Executive has welcomed the publication of the strategy, which it said represents "the most important milestone for the development of Ireland’s health service in a generation".

Mr Harris said it was a significant day for the health service.

Speaking on RTÉ's Today with Miriam, he said: "We cannot have a situation where the Minister of Health of the day, whoever he or she is, is constantly just dealing with a daily crisis, we have to have a ten-year plan to reform the health service."

His comments amid opposition calls for a new national centre to tackle waiting lists and increased capacity in the health system. 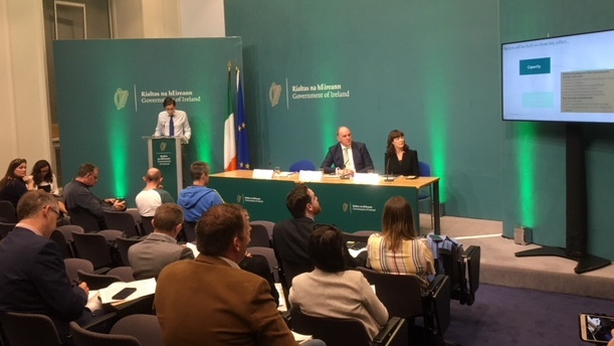 Mr Harris said the Government was launching a radical plan to deliver universal healthcare and the Department of Health was publishing 106 actions and a timeline.

He said the Government would be spending €1bn on E-health, which allows patients to move away from paper files to everyone having an electronic health record.

Mr Harris said they would be delivering 2,600 extra hospital beds.

He said €800 million more would be spent on putting diagnostic equipment into the community so that people did not need to go to hospital.

In terms of free GP care, Mr Harris said eligibility had to be balanced with capacity.

He said the first thing to do was to look at how to support GP care.

Dr Padraig McGarry, Vice President of the Irish Medical Organisation, said he would welcome any move forward to implement a plan that has been sitting on a shelf.

He said Sláintecare states there has to be a shift to GP care, a capital investment in the hospital sector and action on recruitment and retention.

Dr McGarry said there had to be a substantial upfront transition fund to deal with everything together or the plan would not fulfill expectations. 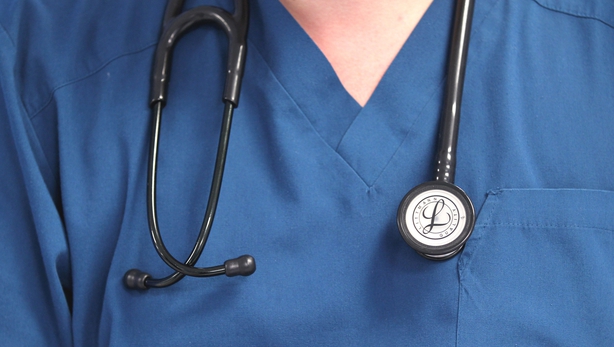 The Private Hospitals Association (PHA) welcomed the publication of the Implementation Strategy.

However, the association expressed concern at the Government's slow rate of implementation to date and in particular the delay in the De Buitléir Review Group bringing forward recommendations on the removal of private practice from public hospitals.

The PHA said the lack of clarity surrounding the separation of public and private healthcare is regrettable and will further frustrate the reform of the health service.

The association said Minister Harris's commitment to build three new elective hospitals as the State's antidote to addressing record waiting lists is too long-term a solution for such an immediate crisis.

It said it will take years if not a decade to deliver on, yet more immediate action is required if the existing monthly waiting list figures are to significantly reduced.

There have been calls for the establishment of a national centre to tackle waiting lists and increased capacity in the healthcare system.

It comes after an analysis of figures obtained by Fianna Fáil from various health waiting lists show there were 997,258 patient appointments outstanding in the first half of 2018.

The figures obtained by Fianna Fáil's deputy leader Dara Calleary reveal that more than 148,000 outpatients had been waiting over one year to see a consultant.

Minister Harris said he accepted there were far too many people on waiting lists.

Speaking on RTÉ's Morning Ireland, Mr Calleary said if there was a national centre for waiting lists, it would prevent duplication and there would be much better quality information.

He said there also needed to be an increase in capacity in the Irish healthcare system.

He said the more than 997,000 people are on waiting lists in 22 categories across the healthcare system. He said this included non-hospital treatments, such as home care packages. 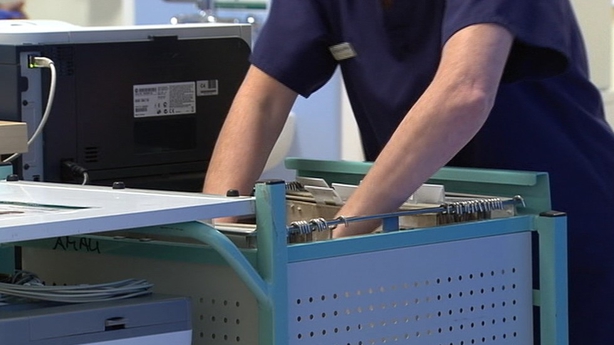 Mr Calleary said they had identified that 37,200 people waiting for speech and language services, including 15,000 who were waiting for their first assessment.

In occupational therapy, he said there were 31,000 awaiting their first assessment. He said this was a broader look at waiting lists than has traditionally been the case.

Mr Calleary said the compilation was put together using parliamentary questions, adding that the figures were not complete and if they were, then the numbers would be higher.

He described the situation as a "national scandal", and said the figures had been difficult to compile.

Last night, a spokesperson for Minister Harris said €50m was being invested in the NTPF this year to tackle waiting lists.

They said: "The health service will treat 3.3 million outpatients this year and deliver 1.7m hospital operations or procedures - outside of the additional work under the National Treatment Purchase Fund."

The spokesperson added: "Of the 1.7m procedures, an estimated 435,000 are from the waiting lists.

"Inpatient figures for the end of June show 78,000 patients are waiting for a hospital inpatient or day case procedure. This represents a drop of 8,100, or 9.4%, in just 11 months.

"Over half of those waiting for a hospital operation or procedure are seen in six months or under.

"The Outpatient Waiting List remains a significant challenge but the minister is committed to continuing to work to ensure that the progress we're seeing on the hospital waiting lists is also reflected in the outpatient lists."