Dolores O'Riordan, lead singer with The Cranberries, has died suddenly at the age of 46.

The Limerick woman was in London for a short recording session.

In a statement her publicist said no further details are available at this time.

The statement added that "family members are devastated to hear the breaking news and have requested privacy at this very difficult time."

Police in London have said they were called to a hotel on Park Lane in Westminster at 9.05am this morning.

Ms O'Riordan was pronounced dead at the scene. They say her death is being treated as unexplained at this point.

A spokeswoman for London Hilton, on Park Lane, said: "It is with deep regret that we can confirm a guest sadly passed away at the hotel" today.

She said the hotel was cooperating fully with the police investigation and offered its "sincere condolences to their family at this difficult time".

We are devastated on the passing of our friend Dolores. She was an extraordinary talent and we feel very privileged to have been part of her life from 1989 when we started the Cranberries. The world has lost a true artist today.
Noel, Mike and Fergal

Dolores O'Riordan 1971-2018: Her distinctive voice was known around the world pic.twitter.com/9pFpAXwr91

Ms O'Riordan, a native of Ballybricken, shot to fame in her late teens during the 1990s as frontwoman of The Cranberries.

She went on to massive international success and sold more than 40 million records worldwide.

Their hits included Zombie, Linger and Dreams. O’Riordan’s haunting vocals were the act's main selling point and they released five original albums before taking a break in 2003.

Ms O'Riordan released two solo albums during the hiatus before the band reformed in 2009. 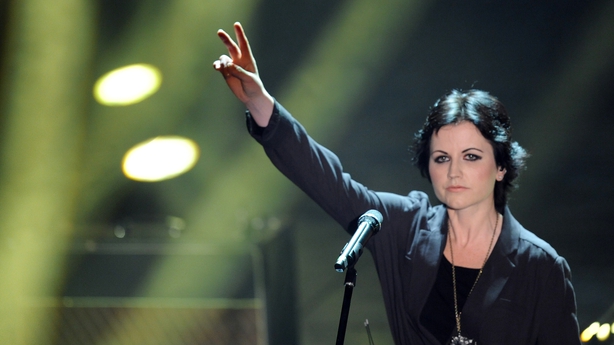 She was also a judge on RTÉ's The Voice of Ireland.

In May 2017 The Cranberries cancelled a string of shows after O'Riordan was instructed by her doctors to stop working for a month for medical reasons associated with a back problem.

A further set of shows in North America, due to take place in September and October, were cancelled in July.

Absolutely shocked to hear about the passing of Dolores O'Riordan! @The_Cranberries gave us our first big support when we toured with them around France years ago! Thoughts are with her family and friends

I’m saddened to hear of the death of Dolores O’Riordan at just 46. Her wonderful band recorded a moving song after the Warrington bomb in memory of two innocent victims, Johnathan Ball and my son Tim. RIP Dolores

President Michael D Higgins has led tributes to the singer, saying her death will be "a big loss" to all those who support and follow Irish music.

In a statement, Mr Higgins said "Dolores O'Riordan and The Cranberries had an immense influence on rock and pop music in Ireland and internationally." 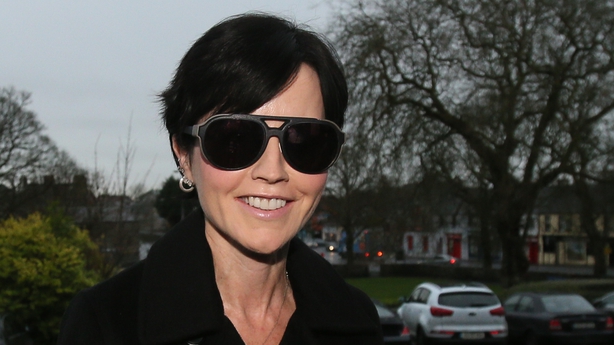 Taoiseach Leo Varadkar said Ms O'Riordan was the "voice of a generation" and "blazed a trail".

"Dolores O'Riordan was the voice of a generation. For anyone who grew up in Ireland in the 1990s, the Cranberries were an iconic band, who captured all of the angst that came with your teenager years," he added.

"The Cranberries were hugely successful not just at home, but also overseas, particularly in the United States where they received critical acclaim. Dolores' unique voice ensured that the band's biggest hits sound as good today as when they were released more than 20 years ago.

"As the female lead singer of an international rock band, Dolores blazed a trail and was arguably Limerick's greatest ever rock star. Her voice and her contribution to music will be remembered far beyond her native county for many years to come."

"I would like to offer my sincere condolences to Dolores O'Riordan's family at this incredibly difficult time."

Canon Liam McNamara, who knew Ms O'Riordan and her family, said he was shocked to hear the news of her death.

Canon McNamara was a celebrant at her wedding at Holycross in 1994 and knew her growing up in Ballybricken.

He said everybody loved her, and she had entertained so many over the years. He added that news of her sudden death had been very upsetting.

Mayor of the City and County of Limerick Stephen Keary expressed his sympathies to the O'Riordan family.

"The news has come to a shock to me as well the millions of fans she had in Limerick and around the world," he added.

"Dolores was a phenomenal talent and a gifted singer....She and The Cranberries were the soundtrack to many young people’s lives during the early part of the decade.

"She was an international success, but never forgot her Ballybricken, Co Limerick roots," Mr Keary said.

"My thoughts are with her three children and her family who have lost a loving mother, daughter and sister, while the world has lost an amazing singer, songwriter and major talent."

A Book of Condolence will be opened at Limerick City and County Council’s Corporate Headquarters at Merchant’s Quay in Limerick at 10am tomorrow.

Speaking on RTÉ's Drivetime, he said: "Dolores was such an extraordinary presence over many years and is gone. She had a very special quality about her and she created a sound with The Cranberries which was of huge international reach."