RTÉ News has announced that Keelin Shanley and Caitríona Perry will be the new presenters of the RTÉ Six One News from January 2018.

Ms Shanley currently presents News at One on RTÉ Radio 1 and Crimecall on RTÉ One.

She will be joined by RTÉ's current Washington Correspondent Caitríona Perry as co-presenters on the flagship programme.

The current presentation team of Bryan Dobson and Sharon Ní Bheoláin are moving to new presenting roles within the RTÉ newsroom.

Ms Ní Bheoláin will present the Nine O'Clock News on rotation with Eileen Dunne, and remain as a presenter of Leaders' Questions. She will also be the new presenter of Crimecall on RTÉ One.

Director of RTÉ News & Current Affairs Jon Williams said: "For over a decade, Bryan and Sharon have set the standard for TV news in Ireland and I couldn't be more grateful and more excited as each embarks on new challenges for RTÉ News.

"I'm thrilled that Keelin and Caitríona will bring their intellect, competitive drive, and focus on storytelling to RTÉ's Six One News.

"In a news environment where we are bombarded by opinions and half-truths all day long, there’s no bigger challenge than to make sense of it all on Six One - and no better new presenting team to do so." 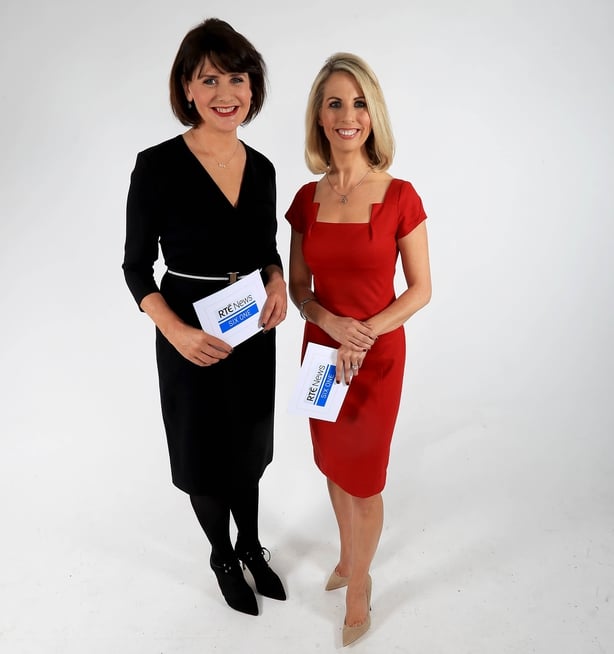 Keelin Shanley originally studied biochemistry in Trinity College Dublin, before switching to journalism and presenting a number of science and technology television and radio shows.

Working as a reporter and presenter with RTÉ'’s flagship current affairs television programme, Prime Time over ten years, she made a number of award-winning documentaries.

She has previously presented special budget and election coverage, Morning Edition, The Consumer Show and documentary Hacked on RTÉ One, as well as Morning Ireland, Today with Sean O'Rourke show and The Late Debate for RTÉ Radio 1.

She has also worked as a news reporter for Radio France International and for CNN World Report.

Caitríona Perry joined RTÉ in 2007 and was appointed Washington Correspondent in late 2013.

During her current tenure as Washington Correspondent she has reported on several major stories, such as the Berkeley tragedy and the US Presidential election and inauguration, and co-presented special RTÉ News coverage of the election from Washington DC.

She has also presented and produced several special Nationwide programmes, including three from the US on the Special Olympics World Games, the Irish in Canada and the Irish in the White House.

She has also previously spent time as an editor and reporter on the RTÉ News At One radio programme and as a newscaster for RTÉ Radio 1, 2FM and Lyric FM, and occasional presenter of the RTÉ Business News on Morning Ireland.

Prior to joining RTÉ, she worked for Today FM and Newstalk. She also holds a degree in Journalism and a Masters degree in International Relations from DCU.

She has recently written a book on the rise of US President Donald Trump.