Irishman Ibrahim Halawa has been acquitted on all charges relating to mass protests in Cairo four years ago.

The 21-year-old from Firhouse in Dublin has been in jail in Egypt since his arrest in 2013 during protests against the ousting of then president Mohammed Mursi.

His three sisters, Somaia, Fatima and Omaima were also arrested but later released on bail and returned to Dublin.

Ibrahim Halawa, moments after his acquittal. He jumped with joy, hugged fellow prisoners and had tears in his eyes. pic.twitter.com/P40IjYQLHK

A judgment was expected to be delivered in the case last month, but it was adjourned until today.

Amnesty International has said that there was no credible evidence against Mr Halawa.

Mr Halawa was on trial with nearly 500 other defendants. Speaking on RTÉ’s News at One, the Cairo bureau chief for The New York Times said Mr Halawa jumped up and down when his acquittal was read out and hugged his fellow prisoners.

Joyous scenes outside the home of the Halawa family pic.twitter.com/8Zlnz8vT5J

He said it is unclear when Mr Halawa will be released but it is unlikely to be today and may take several days.

Mr Halawa's sister Nosayba said she could not believe it when she heard that her brother had been acquitted.

She said her family had watched the court proceedings online but did not see her brother.

An overwhelmed Nosayba Halawa, sister of Ibrahim Halawa, speaks to News at 1 after her brother Ibrahim was acquitted of all charges pic.twitter.com/fKpQ5OtQKt

US citizen Ahmed Etiwy, meanwhile, has been sentenced to five years in prison for his role in the protests.

Ibrahim Halawa + his sisters have been acquitted of all charges in Cairo, will work to get him home asap, thoughts with his family

Minister for Foreign Affairs Simon Coveney welcomed the acquittal, and said Mr Halawa’s name has been cleared and his innocence confirmed.

Mr Coveney, who is in New York at the opening UN General Assembly session, said his thoughts are with the Halawa family "at this time of great emotion for them".

He said the Government’s priority is to support Mr Halawa to ensure that he can return home as soon as possible.

Mr Coveney said: "We are conscious that there will be some practical procedures and formalities to be gone through before Ibrahim will be able to fly back to Dublin, but my department and our embassy team will be assisting and supporting Ibrahim and his family to seek to ensure he gets home as soon as possible."

Breaking News: Ibrahim Halawa has been found not guilty of all charges. Delighted for him & his family. @freehalawa @FreeIbrahim95

Mr Halawa's solicitor welcomed the decision, saying it marks the "end of what has been a turbulent four years."

In a statement, Darragh Mackin said "Ibrahim and his family have been vindicated by today's verdict."

He added that "we now look forward to seeing Ibrahim return home to his family in the coming days, and will be actively engaging with the Irish and Egyptian Government to ensure that happens without any further delay." 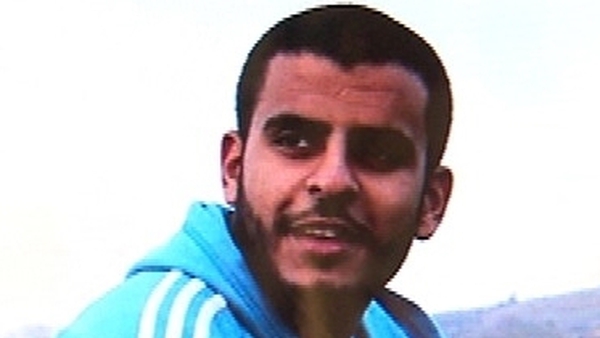