The 5.8m (19') squid was caught by the crew of the fishing vessel Cú na Mara during a trawl on the Porcupine Bank, 120 miles west of Dingle.

Marine biologist Kevin Flannery has said the landing of giant squid in Ireland is extremely rare.

Only five specimens have been recorded since records began almost 350 years ago. 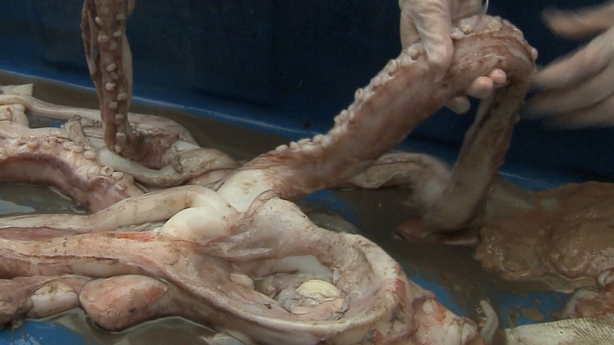 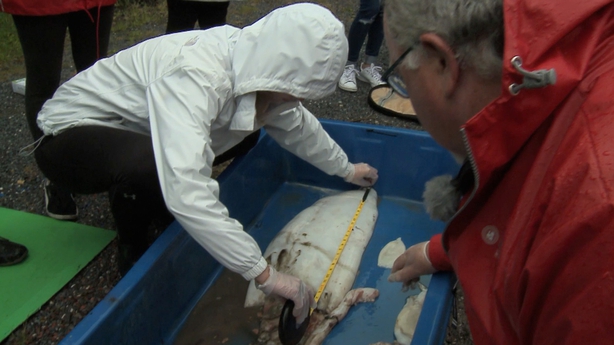 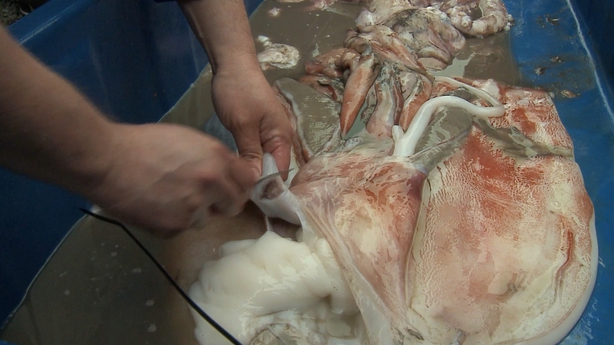 The very first giant squid recorded in Ireland was also landed in Dingle, when fishermen brought one ashore in 1673.

The giant squid (Architeutis) is a deep-ocean living creature, rarely seen by humans, and can grow to a length of over 12m.

The giant squid is currently at the Dingle Aquarium where it is being dissected and studied by US marine science students from Sacred Heart University, Connecticut, who are spending a semester studying in Dingle.