Minister for Justice Frances Fitzgerald  has welcomed the passage of the Garda Síochána (Policing Authority and Miscellaneous Provisions) Bill 2015 through both houses of the Oireachtas.

The bill provides for the establishment of the new independent Policing Authority to oversee the governance, structures and performance of the Garda Síochána in the policing area.

It is intended that the authority will be formally established on 1 January 2016.

Minister Fitzgerald said: "The establishment of an independent Policing Authority represents a key element of the Government's comprehensive programme of justice reform and delivers on the commitment I made, when I assumed office, to deliver a sea-change in the oversight of policing in the State."

The minister added: "The Authority will provide a new independent and dedicated forum for the public oversight of policing services in Ireland.

“Its establishment is timely in the context of the ongoing and extensive reform programme that is under way in the Garda Síochána.

“The Government is committed to ensuring that An Garda Síochána is equipped to meet the challenges of modern policing and that it is supported in this by a robust governance framework, to which the Authority will be a major addition."

The authority will consist of a chairperson and eight ordinary members to be appointed by the Government.

Former chairman of the Revenue Commissioners Josephine Feehily has already been nominated by the Government to be the first chair of the Policing Authority.

The eight ordinary members will be formally designated to be members of the Authority once the legislation is commenced next week.

A Transition Group, with representation from the Department of Justice and Equality, the Policing Authority and An Garda Síochána, has been actively steering the transition from current arrangements to the new environment. A budget of €2.7m has been provided for the authority for 2016.

Under the new oversight arrangements, the Garda Commissioner will report to the Policing Authority in respect of policing matters and to the Minister for Justice in relation to security matters.

The Authority will be accountable to the Public Accounts Committee and to other Committees of the Oireachtas.

The bill will now go to the President to be signed into law.

Elsewhere, the Garda Representative Association (GRA) has called for a pay rise for its members because of the unique dangers and stresses of their work.

The GRA, which represents rank-and-file gardaí, wants an independent pay-review body - to be called the Garda Remuneration Review Body - established to determine pay and conditions for gardaí.

It said the pay rise should come in the form of a Police Service Allowance to compensate for the special disadvantages and risks associated with police life.

The call comes in a submission to the Review of Industrial Relations for An Garda Síochana and Garda pay which was established under the Haddington Road Agreement.

The GRA insists that gardaí need to be compensated for the high level of personal risk saying: "Few employments require the wearing of an anti-stab or an anti-ballistics vest as basic, standard safety equipment."

The submission claims that after tax, PRSI, a pension contribution, health cover and additional payments, some gardaí may be left with around €150 to cover standard subsistence, clothing, a car and household running costs - before factoring in medical, educational and other costs for family members.

Meanwhile, the minister has also welcomed the completion of all stages of the Prisons Bill in the Oireachtas and the passing of Criminal Justice (Burglary of Dwellings) Bill 2015.

The main purpose of the Prisons Bill is to facilitate the complete closing of St Patrick's Institution.

"In this regard, today marks a historic day for penal reform in Ireland. The Prisons Bill finally delivers on the calls to close St Patrick's Institution which go back over 30 years.

"I look forward to the full transfer of responsibility for children in detention to Oberstown, and to St Patrick's Institution,” she added.

Speaking about the criminal justice bill, Minister Fitzgerald said: "This Bill gives the gardaí the legislative tools to tackle repeat burglars by allowing for bail to be denied, and consecutive sentences to be given, to habitual offenders.

"The key objective of this legislation is to target persistent offenders who burgle homes without regard for the damage and distress which they inflict on other people.

"The legislation is backed up by the Government's ambitious investment programme which will provide an additional €270 million for Garda vehicles, buildings and ICT over the lifetime of the Capital Plan 2016-2021," she added.

The bills will now go to the President to be signed into law. 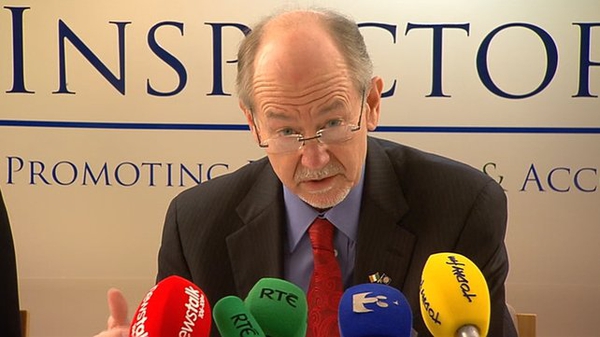